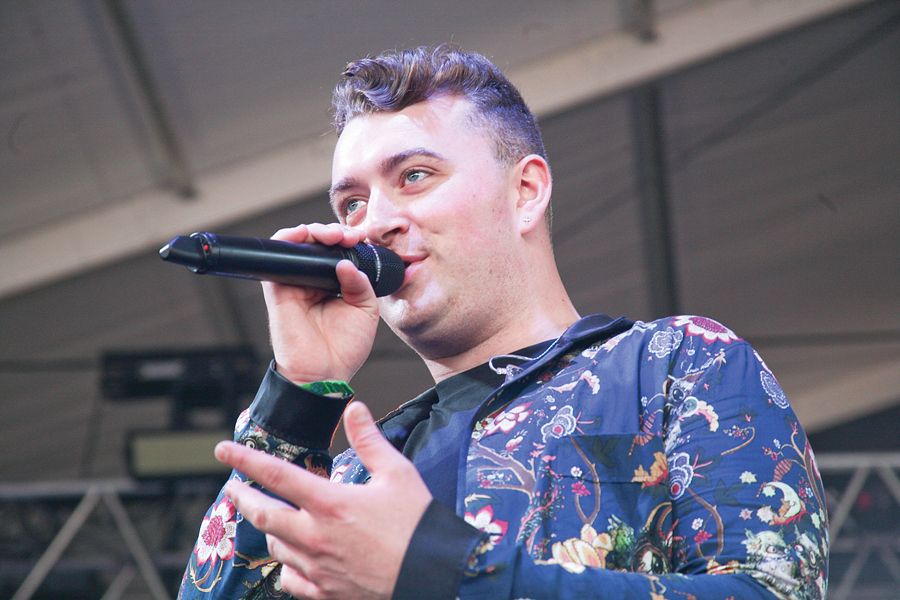 I’m going to get straight to it and say that The 57th Annual Grammy Awards that happened Sunday night is something that’s going to be talked about for a long, long time. But more for the message behind the night than for the music.

Yes, there were some incredible performances and amazing collaborations: I think I’ll be watching the video of Gwen Stefani and Adam Levine on repeat all week. And just like all award shows, there were some unusual surprises such as Beck beating out Queen Bey for Album of the Year, or when we all thought that Kanye West was going to pull a Kanye West and re-live 2009. I’m also pretty sure there was a collective gasp of confusion heard around the nation when people began to realize that it was Kristen Wiig dancing in Sia’s performance of “Chandelier”.

All of these things are what make watching award shows so much fun, you never know what is going to happen. So when President Obama first appeared on the screen, I was slightly confused, but highly interested in what the president had to say that was relevant to The Grammy’s.  And let me be the first to say that he did not disappoint. Bringing the “It’s On Us” campaign to the music world and giving it national recognition is going to completely change the game. Instead of waiting for others to look into the campaign or make a pledge, Obama went to where the people would be and challenged them to make a difference. Quoting statistics that, “nearly one in five American women will be raped and that nearly one in four American women will experience domestic violence” was something that made people watching focus on what he was saying and realize the importance of the campaign. Obama ends his video by challenging the artists there to pledge and to encourage their fans to do the same to, “help create a culture where violence isn’t tolerated, where survivors are supported.”

After the PSA, Brooke Axtell, a survivor of domestic violence, took the stage with an empowering spoken word about her experience. Although her voice may have trembled, her message was strong and clear stating that, “authentic love does not devalue another human being. Authentic love does not silence, shame, or abuse.”

Axtell was in a relationship where she was oppressed, beaten and threatened, and in doing this she gave so many other survivors hope that they are not alone and that they are more than what their abusers labeled them as. When Axtell left the stage everyone watching the show in my dorm was on their feet applauding her for her bravery.

While Katy Perry went on to sing a beautifully simplistic and artistic version of her song “By the Grace of God,” I went to check my Twitter feed to see what others had to say, and I was floored by the responses I saw. People who had never had an interest before were voicing off about the “It’s On Us” campaign, those who had been ignorant were now praising Axtell and calling for action, those who had shrugged off the importance of stopping domestic violence were now sharing information about the cause. What happened at The 57th Annual Grammy Awards is going to be talked about for a long, long time, and “It’s On Us” to keep it that way.