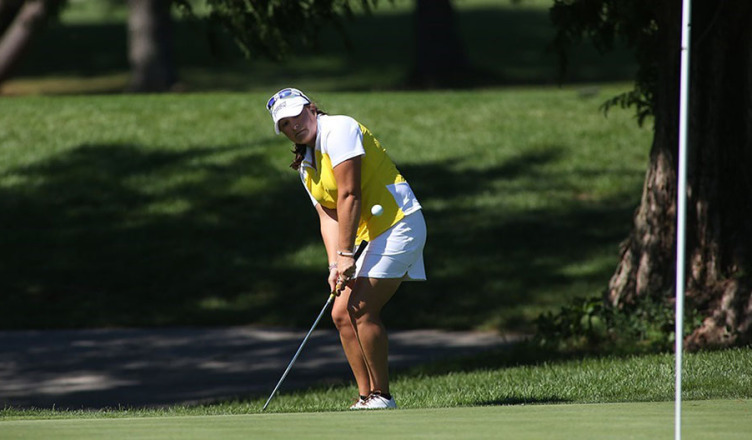 Towson finished 10th out of 14 teams in the Spring Citrus Challenge hosted by Morehead State in Sorrento, Florida, March 19-March 21.

“Our goal was to show that we could finish with the strongest score on the last day and we accomplished that,” Head Coach Kate Schanuel said.

On day one of the tournament, the Tigers had four golfers finish in the top 30. The Tigers were led by sophomore Jenny Buchanan and freshman Erica Han.

Buchanan carded a four-over 76 to lead Towson and her teammates. Han contributed a five-over 77.

The team collectively finished tied for sixth after ending the opening round shooting a 310 (+22).

On day two of the tournament, junior Alexis Hios led the way for the Tigers. Hios carded a one-over 72 to lead the Tigers.

On the final day of the tournament, Hios scored a hole-in-one. She carded a two-over 74 to finish with a three-round score of 226 and finished the tournament 16th overall.

Buchanan led the final round with a performance of one-under 71. Buchanan finished 22nd overall with a final score of 228.

Up next for Towson is the three-day Kingsmill Invitational. The tournament will tee off on March 27, in Williamsburg, Virginia.