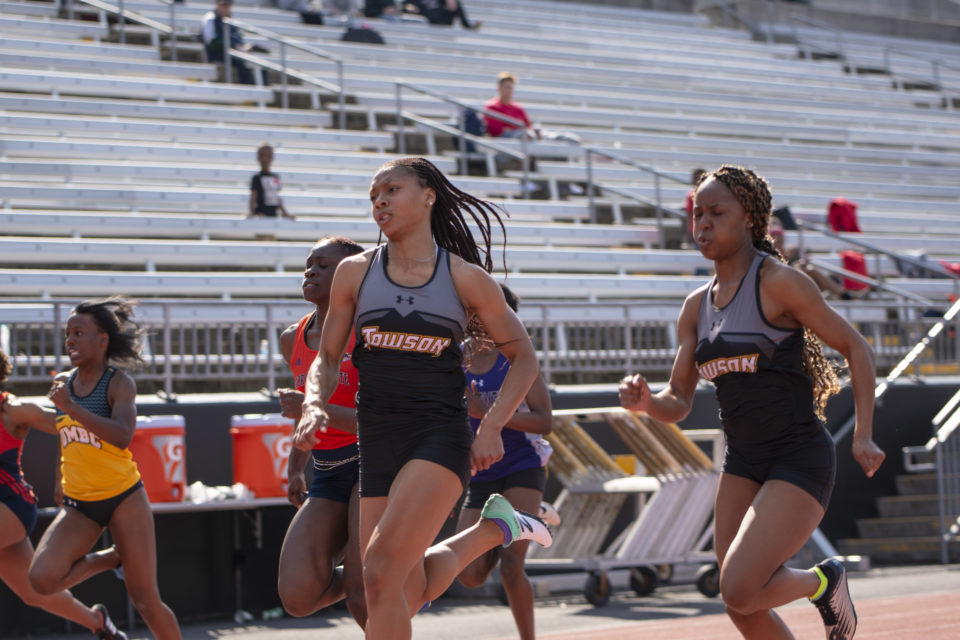 Towson competed in the Larry Ellis Invitational in Princeton, New Jersey on Saturday as well as the Morgan State Legacy Meet on Friday and Saturday in Baltimore, Maryland.

On Saturday in Baltimore, freshman Crystal Johnson timed 11.65 in the 100-meter dash, setting a new school record for the second straight meet. Johnson’s new mark dropped by 1.2 seconds from the Towson Invitational

“The better the competition, the better she is so she’s run faster every single race,” Jackson said. “Really excited about her continued progress and blessed to have her on our team.”

Johnson qualified for the USATF U20 Outdoor Championships for the 100-meter dash which will take place from June 21-23 in Miramar, Florida.

Senior Arianna Waller took third, capturing a season-best time of 11.96 while Burton finished fifth, timing 12.03 and resulting in the Tigers having three finishes in the top five of the 100-meter dash. Burton also took fourth in the long jump with a mark of 5.47 meters.

“We have one of the best pole vault groups around and they sure didn’t disappoint yesterday, Jackson said. “As a group, we’re very strong and looking forward to continue to do that.”

Freshman Georgia Coleman won the hammer throw at Hughes Stadium on Friday at the Morgan State Legacy Meet with a throw of 50.48 meters. This performance was the third time in which Coleman finished the hammer throw with more than 50 meters this outdoor season.

“She’s one of the best around and we had a pretty good idea that she had a chance to win and glad that she was able to accomplish that,” Jackson said.

The Tigers will compete at the Penn State Relays in Philadelphia, Pennsylvania from Thursday, April 25 to Saturday, April 27.

“Go out, compete and dominate,” Jackson said. “We’re bringing a lot of our throwers. We’re bringing pole vaulters and potentially one relay so we want to leave our mark and make sure people remember that we were there.” 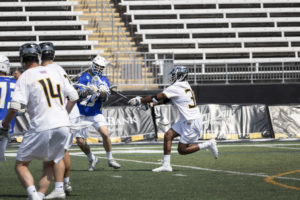