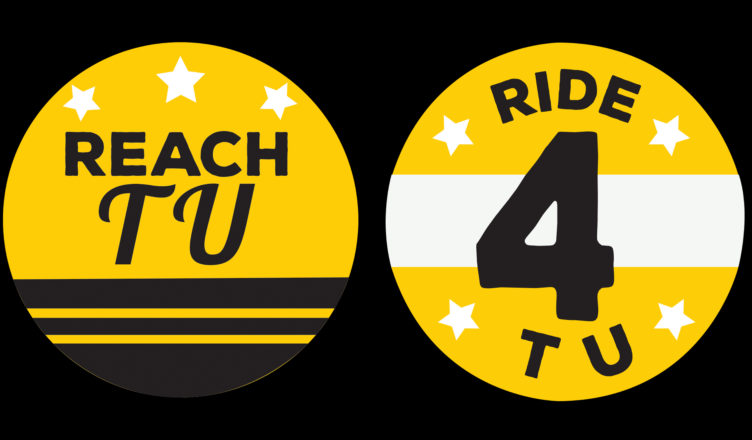 As Towson University students prepare for the end of the semester, the Student Government Association is in full swing for their election cycle. Looking to make serious change on campus, members from the tickets ReachTU and Ride4TU are going head-to-head before the polls open Wednesday, May 1. Students will be able to vote through Thursday, May 2.

If elected, the all woman-of-color ticket plans to focus their initiatives on increasing the transparency of the SGA, increasing the association’s student involvement, community outreach in Baltimore, having internships funded by the University and advocating for mental health.

“We want to put all our energy and passion into the students who make Towson University a great school,” the ticket members said in an email.

Kargbo recognizes the need for policy change on Towson’s ever-growing campus, and said that if elected president, she will strive to foster the relationships that are a part of Towson’s communities.

“I will prioritize the importance of all the individual identities on Towson’s campus and create a family environment,” Kargbo said. “I will advocate for equity and be the voice of the underrepresented on this campus.”

Tubera seconded Kargbo, saying that she has a passion to help student groups in whatever way she can.

“I will always ride and fight for my senators as well as their student groups,” Tubera said. “As vice president [I] plan to work closely with all branches of the SGA to ensure that students and student groups utilize all they can from SGA.”

The hope is that their initiatives will help make the SGA more approachable and accessible to students.

“I will ensure allyship and advocacy from SGA to all Towson students,” Kargbo said. “I will strive to ensure relationships between all communities on our campus. I am committed to ensuring inclusion and equity at Towson University.”

Yet, for Bell, it isn’t just about making SGA more approachable. She wants to make sure students and organizations are getting the funding they need.

“As treasurer, I will work to adequately distribute student fees in an effective manner in order to further the mission of SGA and the university which are both to improve the quality of education and campus life here at Towson University,” Bell said.

Ride4TU is concerned, however, that they may receive some backlash on their policies from previous administrations. Despite this, if elected they plan to push forward and make sure each member of the SGA is being held responsible for their actions so they can provide the best for the student body.

“I want to ensure that each department is being held accountable to fulfilling their duties,” Whiteside said.

“I am running for Attorney General of SGA because I believe that I can help uphold and maintain the ethics, values, and mission of SGA,” Shields said. “If elected this would be my first time serving in SGA but I see this as beneficial to the organization. I will provide an unbiased perspective of all issues and hold everyone accountable as needed.”

To do that, the candidates took the time to sit down and speak with as many students as possible in order to form three main initiatives that ReachTU will focus on.

“We wanted to tailor every initiative to the students,” the ticket said in an email. “In addition, every member of this ticket has experience in the SGA senate and knows how important it is being a voting member on campus. Every vote we have made was done on the belt of the entire student body and not our own personal biases.”

“For too long, the Towson SGA has been able to squander student fees on trips, food, and other frivolous expenses that has no impact on students outside of SGA at Towson University,” Laury said. “The time for this careless spending ends now; which is why I am running for SGA President.”

Members of the ticket also hope to strengthen the partnership between the SGA and community members and repair the operation and function of the association.

“The reason I am running is because the Attorney General for SGA needs to be someone who is very comfortable with the SGA internal documents, such as the constitution and bylaws, because a big responsibility of the Attorney General is to make sure that the members of SGA are doing their work here for the students of Towson University,” said Foreman. “Currently, I [serve] as the SGA Pro-Tempore of the Senate where I look over the entirety of all the SGA internal documents, and I have gained a lot of knowledge about the constitution and bylaws of SGA.”

For Washington, being part of the SGA is not about furthering herself politically, but instead about doing the work to better student life.

“I am eager to help the student body and I see no point in waiting for someone to have the same hunger for change on this campus when I can be that change,” Washington said.

Washington added that, if elected, her goal is to make senate members understand the weight of their vote.

“My main goal for this administration is to ensure that the legislature remains as a non-biased body and that we uphold our constitutional duties to the students,” Washington said.

Ndiong said that if elected, she wants to increase the visibility of the SGA and its members so students know that the association stands by them.

“My main goal for this administration is to ensure that the senators who work with student groups and pass the budget that goes into several aspects of campus life and understand the seriousness and depth that it holds,” Ndiong said.

According to the ticket members, what sets ReachTU apart from their Ride4TU counterparts is the desire to be held accountable for their actions.

“We want to advocate for policy at Towson that students truly want to see,” Laury said. “Complacency benefits no one.”