Towson celebrated Autism Awareness on Sunday, but their seven-game winning streak came to an end as Charleston won 79-70.

The Tigers led 30-18 but Charleston responded with seven unanswered points. The Cougars seemed to favor the corner three, hitting it three times before halftime. At halftime, Towson held a 36-33 lead as Riller hit a three just before the buzzer.

Betrand led the Tigers with 12 in the first half shooting 62% from the field (5-8). Riller led Charleston with 17 points at halftime, leading all scorers. Riller finished the game with 28 points.

The Cougars began the second half with a three, cutting Towson’s lead to 38-36 and improving on their 43% shooting from three before halftime. Charleston hit another three to trail by one point, and on the following possession took their first lead of the game 41-40. The Cougars 11-0 run resulted in them taking a 46-40 lead.

After nearly three minutes without a basket, redshirt senior forward Nakye Sanders hit a layup to give the Tigers their first field goal of the second half. Despite a slow second half offensively, Towson responded and cut the deficit to 48-46 after senior guard Brian Fobbs made a jumper.

“We played hard but we made some untimely mental errors,” Skerry said. “We fouled a three point shooter three times in the second half and we were a little bit wild on offense when they were switching ball screens. We settled for some jump shots vs attacking the paint.”

Charleston continued to hit three pointers, making six of 10 attempts in the second half. The Tigers struggled inside missing close shots near the rim, and it led to threes from the Cougars multiple times.

“They’re not trying to miss those,” Skerry said. “It felt like a stretch where we were getting the ball to the rim and missing them and then a guy’s making a contested three at the other end.” Skerry said.

A three pointer from freshman guard Jason Gibson cut Towson’s deficit to two points, getting the crowd to cheer the loudest they have all game. Charleston hit a three in response, and with 1:49 left led by eight. Gibson hit another three and the Tigers trailed 75-70 with 49.8 seconds left.

“He’s (Gibson) playing great,” Skerry said. “He played great early in the year. We fed him to the lions a little bit with some of the people we played, but he’s been playing good.”

Towson had no choice but to foul, and the Cougars hit 85% of their free throws in the second half.

The Tigers defeated UNCW 77-66 for their seventh consecutive victory.

Minutes before the start of the first half, SECU Arena paid homage to Kobe Bryant and the victims involved in the tragic accident that occurred on Sunday, Jan. 26.

“I couldn’t believe it when my brother called to tell me,” Sanders said. “I was a Kobe fan my whole life. It just really makes you enjoy life. This hit home for me. Anytime something like this happens, it just humbles you.”

“I probably thought we’d shoot more threes coming into the season. I certainly think that we’re capable of it,” Skerry said.

The Tigers scored seven three-pointers in the first half, three of which helped them take an early 13-4 lead. The first half concluded with UNCW trailing by ten points.

Gibson was honored by the CAA as Rookie of the Week last week, and after scoring 21 points against William and Mary, finished with a career best six assists vs the Seahawks.

Skerry praised his defense despite not being fully prepared for UNCW’s offense. Towson held the Seahawks to 37.5% shooting from the field and 29.2% from three point range.

“I thought we spent a lot of time watching [UNCW film], I probably didn’t do a good enough job getting ready for [the Seahawks offense],” Skerry said. “They play hard, they’re fast, but what’s been typical for us over a stretch is that our defense is what carries us.”

Early in the second half, the Seahawks cut the Tigers lead to two points on a dunk, but that was the closest UNCW would get to a comeback. Following the dunk Towson went on a 8-2 run to extend their lead including two three pointers.

Sanders had a double double with 13 points and 11 rebounds, while Fobbs led the Tigers with 14 points.

“[We] look at every game like it’s the Super Bowl,” Sanders said. “We came out and played aggressive early.”

Towson travels to face Delaware on Thursday, Feb. 6. The game will be nationally broadcasted on CBS Sports Network with tipoff scheduled for 7 p.m. 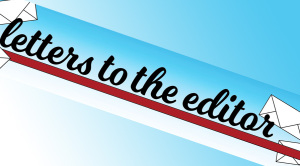 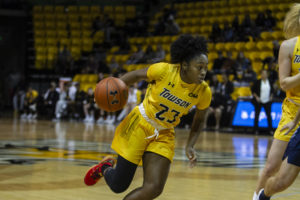