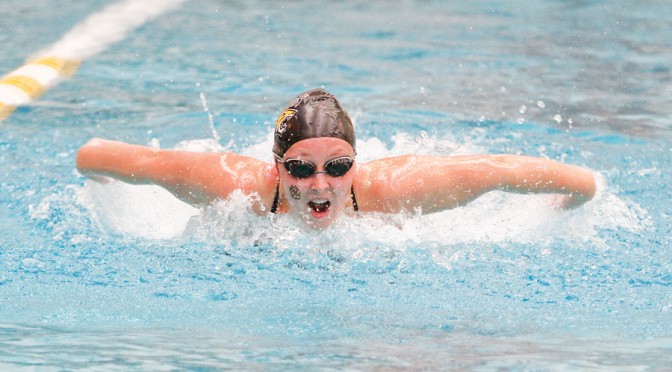 A year after falling short in the Colonial Athletic Association tournament, the men’s basketball team has jumped out to a hot start this season, starting the year with an overall record of 4-1.

The Tigers’ only loss this season came when they opened the season against Alabama on the road. After the loss, Towson defeated Morgan State, 51-46, and went on the road over the weekend, defeating Central Connecticut State and Bethune-Cookman at a neutral site in New Jersey as part of the College Basketball Expereince Hall of Fame Classic.

They wrapped up the weekend by taking down Monmouth in overtime as part of the CBE Classic.

Unfortunately for students, they’ll see little of the team before the start of winter break.

They face Goucher on Wednesday, during Thanksgiving break, at home, and their only other game before winter break is on Dec. 3 versus Coppin State.

However, Head Coach Pat Skerry said he hopes to still see students at the games in SECU Arena over winter break.

“There better be students here, we’ve got a lot of in-state students,” he said. “What better thing to do over break than that? We’ve got a great product and a great arena.”

Junior guard Four McGlynn currently leads the team in scoring with 14.2 points per game. McGlynn has led the Tigers in scouring in four out of their first five games and went off for 27 points against Monmouth.

“I think we have a lot of weapons, but [McGlynn’s] clearly playing very well, and we need him to play well,” Skerry said. “He’s taking care of the ball well, and he’s gotten much better off the dribble, he’s strengthened his body. Pound for pound, he might be the strongest guy we have.”

Towson’s success so far has relied on their depth. No one player has played more than 30 minutes a game, and six are playing over 20 minutes.

Against the Monmouth Hawks, sophomore forward John Davis scored 22 points off the bench on 7-for-11 shooting, and graduate forward Alex Gavrilovic added on eight points in 23 minutes.

Skerry said this team is the deepest group he’s worked with in his time at Towson.

“The good thing about being deep is if you have foul trouble or someone gets nicked up they can easily step up,” he said.

A 70-64 loss to the College of Charleston Cougars last season marked a beginning and an end for Towson.

It was the beginning of Head Coach Niki Reid Geckeler’s coaching career at Towson, as she finished up her first season as the team’s coach. However, it was the end of guard Tanisha McTiller’s collegiate career, as she finished her season with an average of 19.4 points per game.

McTiller was the leader of the 2013-2014 Tigers and she was the Colonial Athletic Association’s leading scorer season.

How exactly do you fill the void of a player of this caliber? By having multiple players take on McTiller’s role and bringing in seven new faces to the team.

“Last year was no secret, we struggled here and there to finish a ballgame,” Johnson said. “But this year, there’s more chemistry that our fans, friends, family and each other will enjoy. Our depth on this team is unimaginable. We have one or even multiple players in every position that can come in and make a tremendous impact.”

Starting at the other guard position is senior Markell Smith, who averaged 5.8 rebounds last season. The 6-foot-1 guard will have a bigger role this season, as her and Johnson will bring experience to Towson’s backcourt.

Senior forward Camille Alberson slides into a starting role for Towson and provides a 3-point shot for the team.

Geckeler has brought in seven new players to help out her returning squad, including freshman guard Breonn Hughey. The D.C. native was ranked as the 24th best guard in the 2014 recruiting class by Hoopgurlz and fills out the starting five for the Tigers.

The team has a lot of depth on the bench, including redshirt freshman forward Jordyn Smith, who missed all of last season due to injury.

It’s a season full of new faces for the Tigers, but Geckeler’s young team is looking to make in impact in the CAA.

“We have a lot of newcomers along with veterans,” Johnson said. “That will be our happy medium this year. We will be able to help one another and produce so we can beat the odds. We will be special this year.”

Expectations will be as high as ever for the swimming and diving teams in Head Coach Pat Mead’s 17th season at the helm for the Tigers.

The women are coming off of a 2013-14 season in which they went 13-1 in meets, won their sixth Colonial Athletic Association title in the past seven years and Mead took home his seventh CAA Women’s Coach of the Year Award.

With a record of 7-0 at the moment, it seems the women’s team will be just as much of a threat this year. However, as talented as the Tigers are, Mead said he still believes there is work to be done.

“You look at our dual meets and people say, ‘We are going to win another championship,'” Mead said. “We might, but we need more women to step up and put themselves in a scoring position.”

Returning from an impressive freshman season is Macey Arnold. She came in fifth in both the 200-yard and 1,650-yard freestyle events at the conference championships.

The freshman class has already shown its worth, especially Kendall Krumenacker, who etched her name into the Towson record books with the fastest women’s 200-yard backstroke in school history over the weekend at Bucknell.

The men are entering the 2014-15 season following a winning campaign for the first time since 2006-07. They went 11-2 last year and now feature a deep team from which Mead sees potential.

Senior Matt Lowe is the defending CAA champion in the 1,650-yard freestyle, an event in which he holds the school record.

Also defending his conference crown will be senior Jon Burr in the 500-yard freestyle. He holds the school record in the 400-yard individual medley and finished third in the CAA in the 1,650-yard freestyle last year.

The Tigers have another CAA champ in junior Matt McKenney. He won the 200-yard butterfly, setting a school record in the process, and also took second in the 500-yard freestyle.

Sophomores Nick Breschi and Jeremy Liu each set freshman records last year. Breschi broke the 100-yard and 500-yard freestyle marks, finishing third in the conference in the 500-yard. Liu holds the freshman title in the 100-yard and 200-yard breaststroke.

The men are 5-1 at this point in the season. However, Mead said he thinks that the team cannot be satisfied with what they have accomplished thus far.

“What teams do in the next two months is critical,” Mead said. “Sometimes, teams become complacent. We need to look at the paper and say, ‘This is what we need to do to get better.’ If [the men] want to finish in the top three in the conference, they need to do better.”

Overall, Mead’s goal is to be successful in the conference championship at the end of the season, rather than individual glory.

“We have guy captains and girl captains,” Mead said. “But we need 18 people on our conference team no matter the title. We are looking for everyone to have a voice.”

Towson is busy preparing for its season opener on Jan. 9 at Missouri with Kent State.

The Tigers got off to a shaky start last season, falling behind in its first two meets and placing second at its season opener against Pittsburgh and fourth at North Carolina State.

But the tables turned when the Tigers won their inaugural home meet in the SECU Arena against West Chester, Southern Connecticut State and Centenary. Current seniors Lauren Ross and Samantha Lutz placed first and second in the all-round competition helping launch the Tigers to victory.

The team continued to struggle through the season until they faced North Carolina and beat the Tar Heels by a narrow margin of .05 points. Senior Lauren Ross claimed first in the all-round competition for the second time, with a career high score of 38.70. In March, Ross was named Scholar-Athlete of the Year by the East Atlantic Gymnastics League.

Head Coach Vicki Chliszczyk said she is optimistic about the upcoming season. The team has been hard at work during their preseason since September. The Tigers amped up their weekly workouts with a boot camp routine consisting of chin ups, push ups, a mile run, athlete-based yoga and spin class. The team also continues with its daily practice schedule and working with their athletic trainer.

“We came back and we were just so much stronger,” Chliszczyk said. “Any injuries from last year are done and over with. We will always have little injuries, but that’s just the nature of the sport.”

The Tigers have set the bar even higher this year, competing against teams from all over the country.

“Just looking at this season there are a couple things were looking forward to,” Chliszczyk said. “Our competition schedule is just fantastic this year. We’re competing against teams in six different conferences, and traveling to some places we’ve never been before. We’re excited to see new teams and see how we match up against them, because it will push us to be better.”

The Tigers will compete in meets in Texas, New Hampshire, Virginia and Rhode Island this season. Chliszcsyk said her team is striving toward its goals and plans to succeed in their two strongest events, beam and floor exercise.

“We’re building off of what we did last year,” Coach Chliszczyk said. “We’re taking that competitive experience that some of the girls got into this year so that were able to continue moving forward.”

The Tigers will compete in their first home competition of the season on Jan. 25 at 4 p.m. in a quad meet against the College of William & Mary, West Chester and North Carolina.