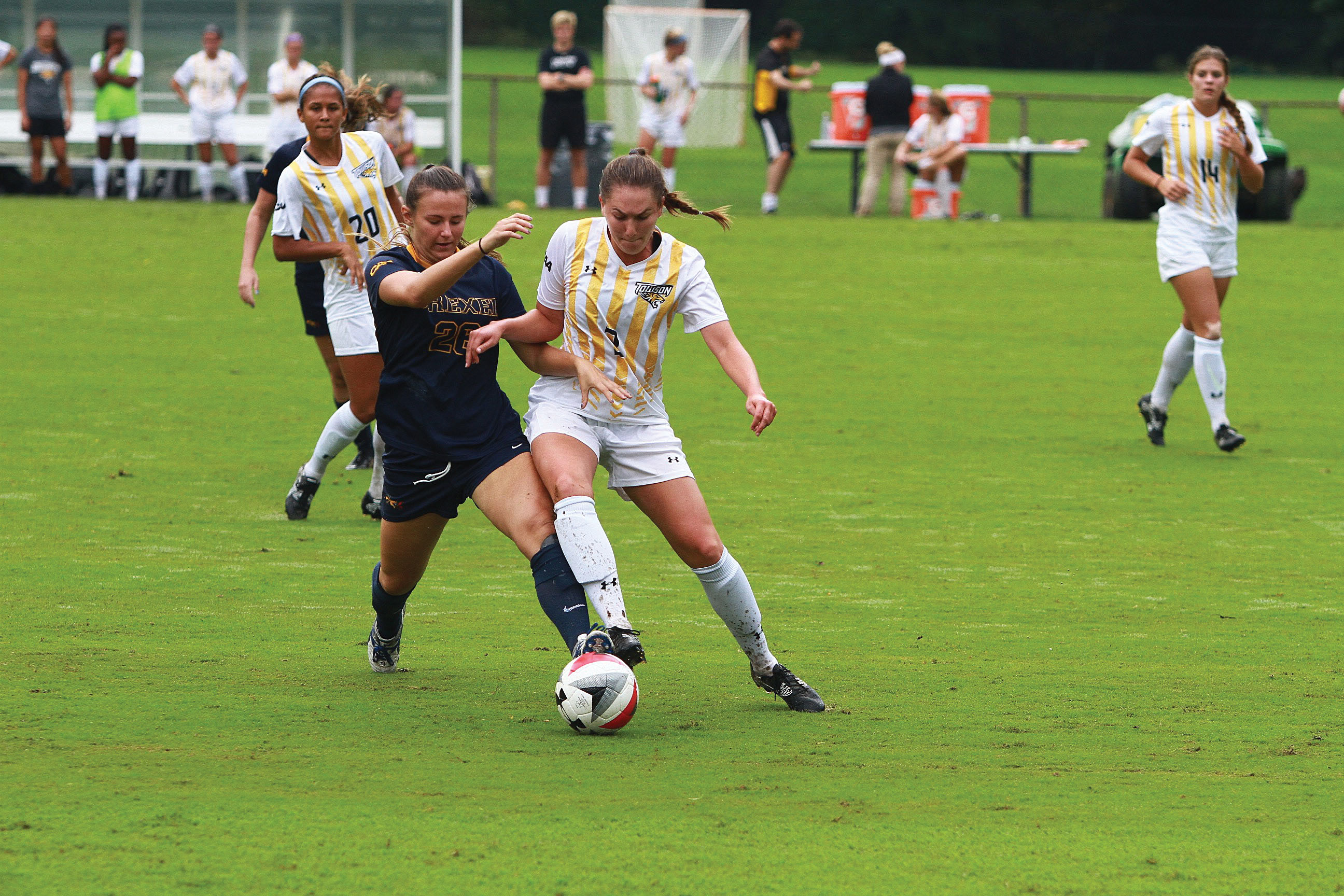 However, just 16 seconds into the second half, sophomore forward Evelyn Neidert ripped her second goal of the season to give Towson a 1-0 lead. Sophomore forward Katie Fullerton was credited with the assist on the goal.

It wasn’t until the 78th minute that another goal was scored, when senior forward Ashley Herndon put a shot past Towson goalkeeper Taylor Sebolao to tie the game 1-1.

Neither team found the back of the net in the remaining 12 minutes of the game and headed into overtime tied 1-1.

In the first overtime period, the Dukes outshot the Tigers 5-1 but were unable to find the back of the net. However, in the second overtime period James Madison scored the game-winning goal at the 100:33 minute mark when senior midfielder Allie Bunner put a ball past Sebolao for her first goal of the season.

Sebolao saw all 100 minutes of action and made seven saves on the afternoon.

Towson will look to get back in the win column in its next game, when the team takes on UNC Wilmington Friday at home.

Following their match against the Seahawks, the Tigers will conclude their five-game homestand against College of Charleston on Sunday.