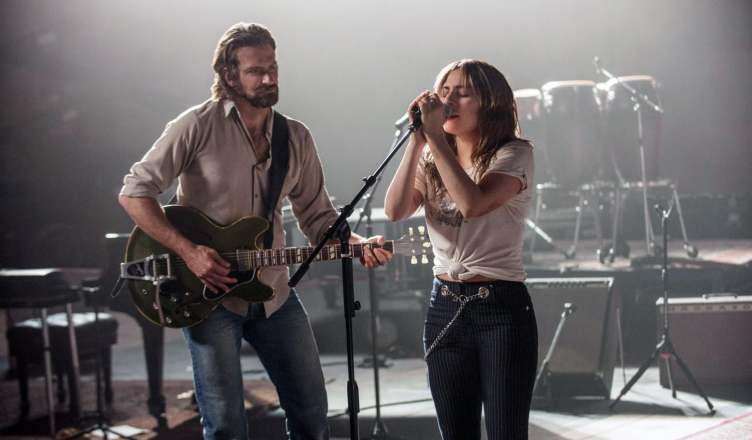 “A Star Is Born” (2018) is the second remake of the classic story of two artists, one already famous and one to-be-discovered, and how their respective fame tests their relationship. Jackson Maine and Ally, played by Bradley Cooper and Lady Gaga, undergo many trials as a couple and in their own lives, such as jealousy, fulfillment, substance abuse and the timeless struggle between the flashy world of fame and the authentic need to have one’s voice heard.

Going into this movie, I was expecting a standard “country boy meets country girl and they have some struggles, but ultimately their love overcomes it all” type of scenario. In a way this is true, but it is definitely not that kind of movie. It is much heavier and emotionally tiring than anticipated, yet very compelling. You want to root for these characters, you want them to figure it out, even with some mistakes being made. And it blew me away.

90 percent of this goes to Cooper’s incredible debut directing style. I’ve never seen the other versions of this movie, but I want to because I’m sure they differ greatly. Cooper has taken what should’ve been a fun musical story and brought it down to one of the most realistic, grounded films I’ve ever seen. Keeping mostly with handheld shots and close-ups, the movie can feel almost claustrophobic at times, and though some of the edits can be a little off and the shots can wander a bit, I found it all is just to serve the greater artistic purpose of making the movie extremely natural and real.

Besides the wonderful direction, I believe this is Cooper’s best performance by far. While he was very good in “American Sniper” and “Silver Linings Playbook,” two of his more serious roles, this performance for me takes the cake, as you never quite know what his character is thinking, and sometimes you both empathize with and pity him while being wary of his actions. His quiet mysteriousness combined with his genuine likability make him a great character.

Additionally, I was floored by Gaga’s performance. She was able to play someone who is timid and in need of confidence yet can take control of the relationship. She plays her emotions beautifully as the person who ends up taking care of her own life and Jackson’s.

My only critiques? Sometimes it can feel a little generic, but only what I call “filler scenes,” or scenes that are in almost every movie for the purpose of connecting the more original scenes. Also, sometimes the characters motivations change, and they might do something that they might not have done a few minutes ago.

Ultimately, this is a very well-executed different take on the classic story, a gritty and grounded “La La Land,” in which you sometimes don’t know whose story it is until the end, and even then, is it both? Or maybe it’s bigger than both of them, a story about finding your own voice and sharing it no matter who is listening. My advice: embrace the long silences, keep until the end and let it decide for you.