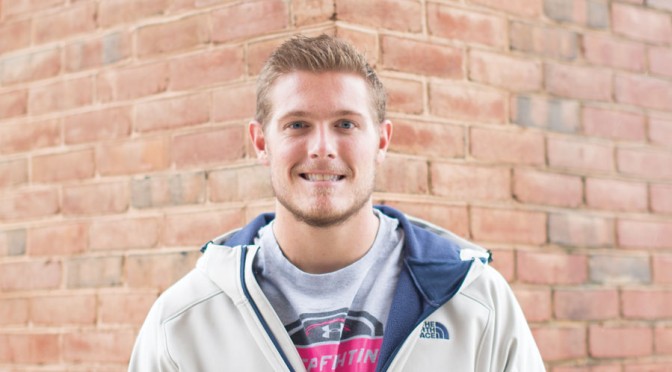 Towson senior Gavin Class is a football player who has suffered a severe injury. Most players in Class’ shoes would give up the game, but he’s not ready to step away from the field just yet.

Class suffered a heatstroke in 2013 that was almost fatal. However, a liver transplant and extensive rehab have helped Class regain his health.

Now, Class wants to rejoin Towson’s football team and get back on the field.

However, Towson University does not feel as though Class should return to the game due to liability reasons.

Glass has been in a legal battle with Towson University. He filed a lawsuit against the university, and won. The university appealed, and on Sept. 16, went to an appeals court.

Glass said that he has not yet heard back about the ruling from the appeals case.

“I started playing when I was 6 years old,” Class said. “I started with flag football and after a couple weeks in, my dad asked if I wanted to switch to tackle, so I started at Perry Hall.”

Class went on to play high school football at St. Paul’s School and began his collegiate career at the University of Rochester.

“I had a great group of friends at Rochester but I just had to get out of the school,” Class said. “I decided to come to Towson then. It was kind of a weird transition but I got into the school a few days before the term started.”

It was an eye-opening transition for Class though, as he said the difference between Division-III football and Division-I is huge.

However, Class fit into the team quickly and made a group of friends. Most of those friends were those that stayed by his side after his heatstroke in 2013.

“When I was in [University of Maryland Medical Center], I think we had its biggest crowd ever,” Class said. “Most of the football team was there, family and Coach Ambrose.”

It wasn’t any easy process for Class, as it took him time to recover from such an extensive injury.

“When I had my accident, I didn’t really start to remember things until about four weeks after I was in the hospital,” Class said. “Stuff would come back to me in dreams and it was a whole mess of a situation. I was going day-by-day not really knowing what was going on but it’s just another injury you just have to come back from.”

Class has finally recovered, though, and has wanted to get back on the field ever since he won his initial court case in July.

“It’s just a motivational thing,” he said. “I’ve had my goals set and I just want to get back to football. Even if I don’t get to play this year, if I finish out in court, it’ll set out the path for someone else who’s in my position.”

“We’re waiting for the appeal case right now,” Class said. “By next Wednesday [Oct. 14], we’ll be able to find out a decision on the appeal. If it doesn’t go in our favor, we can still take it to the Supreme Court. If it does, then we got to figure out where to go from there and I still have to apply for NCAA reinstatement.”

In an email, Director of Communications and Media Relations Ray Feldmann said that Towson’s decision regarding Class “was based on our team physician’s professional judgment that Mr. Class cannot play contact football without endangering his life.”

It’s been a process for Class, but he has been active during his waiting period. The president of the American Liver Foundation contacted him to speak nationally at their conferences and he’s awaiting word on what that will entail.

Class also met a Triathlon athlete named Doug Wetzel earlier in the year who needed the same type of liver transplant. He met up with him at the University of Maryland Medical Center and also at the Donate Life 5K this past weekend.

The 5K is a charity event that encourages people to donate their organs to those that need transplants. Class and Wetzel ran the race to show how they needed transplants in the past and how it saved their lives.

Class has been busy, but would love to be back with his team and would do whatever the Tigers needed.

“I would go out there and let them know that wherever they need me or role they’d have for me, I’d be there,” Class said.

Class understands that his football career is out of his hands for now but has took away a life lesson whether he straps on pads again or not.

“You have to be persistent, have to be determined and you have to have a goal,” Class said. “You can’t fall off the track. No matter what comes to you, just keep moving forward.” 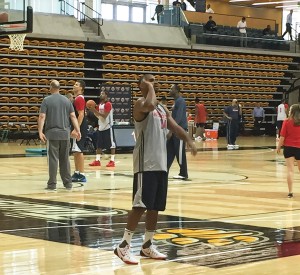