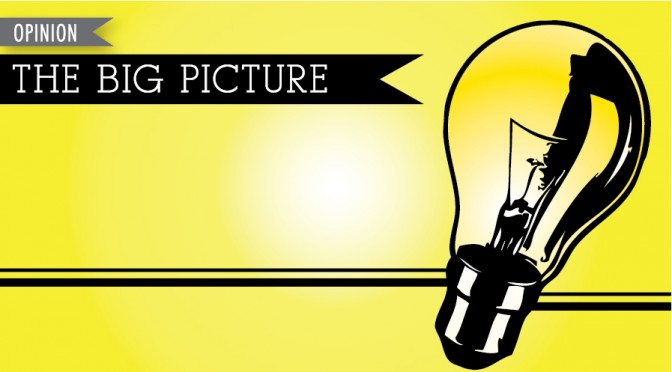 As we continue to evolve in an increasingly-intricate civilized society that is very far-removed from the wild, it is often difficult for humans to remember that we are just one species living among the 8.7 million other species that currently inhabit this earth.

People have developed a disconnect from the natural world through the increased usage of unnatural practices. Take our methods of food production, for example. Humans exploit livestock and farming resources with sophisticated technology in order to feed a population that has been exponentially skyrocketing since the Industrial Revolution.

We have also managed to drive out all of our natural predators, landing us a comfy spot on the top of the food chain. One reason we domesticated dogs is because they could have easily hunted us if allowed to flourish freely as wolves in the wild.

Since so many “easy living” aspects of civilized society have been implemented over time, people don’t need to regularly maintain and craft the skills formerly needed to survive in nature – but this trend can have severe consequences.

For example, when an animal encounters a stressful situation in nature, there are two possible responses: fight or flight. It can either stick around to duke it out, or flee the scene in hopes of escaping possible danger. In either scenario, the encounter with stress is short-lived.

On the other hand, humans often deal with stress for extended periods of time. Take the lifestyle of a college student, for example. During the semester, a student must find ways to combat approximately four straight months of constant stress accompanied by large quantities of assignments and assessments. Even when a task is finally complete, there is always more work waiting to be tended to.

Since society normalizes and encourages high-stress lifestyles, it’s no wonder why most major causes of death are stress-related, and why the abundance of anti-anxiety and anti-depression medications continues to propagate in the US.

It’s easy to remember that we’re only human, but we often dismiss the fact that we’re also inherently tied to the animal kingdom. Because modern culture is profusely founded upon synthetic practices, the connection to our natural habitat can be lost, along with the ability to coexist with those who also live in our environment.

With this, try to be mindful of how many human practices affect the natural world around us. Consider the road salt and fertilizers that flow straight into the Chesapeake Bay, the accumulation of trash that often disrupts quality of life or the oil spills that decimate pristine environments.

While many believe that Earth’s purpose is to serve humans, we certainly wouldn’t be here without proper maintenance of the precious natural resources that also serve other species. Because these industrial practices distance us from nature, we don’t have a complete understanding of the harm they cause. Earth is the only home we have, so we must maintain an all-encompassing view of how we affect it.