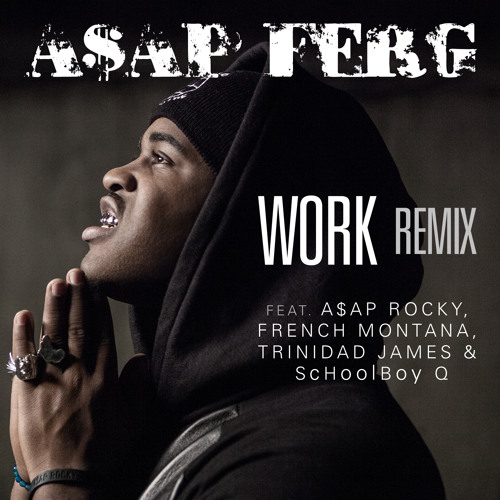 What I’m about to say is probably the most cliche thing in the entire world, but it’s true. Ready? I like a little bit of everything when it comes to listening to music. There, I said it. But honestly, who wants to listen to one or two genres all the time? Stretch your music muscles and listen to some of these great songs from all over the spectrum, bruh.

As I’m writing this column, I’m listening to this song. I don’t care what anyone says about A$AP Ferg. He has great flow and catchy lyrics that are hard to forget. The real star of this song for me, at least, is ScHoolboy Q. His verse at the end of the song is just dirty, plain and simple. It’s not often this song comes on at the bars uptown, but when it does, don’t forget to yell “babyyyyyyyyyy” and “ballinnnnnnnnn” with everyone. I gotta close the window while I write the rest of this column, because Towson don’t know how to be quiet.

That’s right, I just did that. I went from rapper A$AP Ferg to country singer Thomas Rhett. This song really hits home to me as I conclude my last semester of college. Whether you’re graduating or not, this is a song that I’m sure you will be able to relate to. Thomas Rhett takes his listeners through some of the major changes in his life, and reminds us that we can only embrace the things that come our way that are out of our control on this journey. I definitely recommend this song, and the entire “Life Changes” album.

Oh I know, this is a total throwback, but classics live on forever! When this song bumps through the speakers at the Greene Turtle, I always have to take a Snapchat and send it to our Senior Staff Photographer Alex Best. He got me into this song last year when the rumor circulated around our newsroom that he knew every word to this tune. At first I had to tease him a little bit about it, but then I realized how great this song is. The beat is great, just like Fergie, and it’s super fun to dance to. Listen up y’all, cause this song is so delicious!

“Carry On Wayward Son” by Kansas

Is he really still doing this, you may ask? Yes, I sure am. From rap, to country, to pop — it’s now time for a little classic rock. That kind of ryhmed, and I didn’t even mean for it to. Anyway, this song has some kick-ass instrumentals in the beginning that really lead into the song well. These lyrics also have meaning, which is something that modern day music in general doesn’t seem to have. If you feel like listening to what your parents listened to and still want to have a shred of respect and humility for yourself, this is a great one to turn on!

“Gold On the Ceiling” by The Black Keys

From classic rock to modern rock, we have “Gold On the Ceiling” by the Black Keys. I’m not much of a modern rock fan. I’d even go as far to say that I avoid 98 Rock unless I’m listening to the Ravens game when I’m out running errands. I hear nothing but good things about the morning show, but the screamo-esque rock music that the station plays is just not my style. With that said, The Black Keys aren’t going to scream your head off. They bring a great balance of instrumentals and actual lyrical music that you need to power through your workout or just to get hype.

It’s time for a little EDM! If you have ever been to a Washington Capitals game, or any hockey game for that matter, you have likely heard this song when the home team goes on a power play. Since this song is EDM, it’s kind of hard to explain what makes it good. It just is. Take my word for it. What I can talk about is the music video for this song. It’s really interesting. It has a “Run Lola Run” vibe to it, with two people chasing down a girl who has a briefcase. “Run Lola Run” was just a terrible piece of cinema, but the premise works well for a short music video like this. This song definitely wins the EDM category for me.

The diversified playlist continues with a little reggaeton music. Now, I took two years of Spanish in high school, but I didn’t learn enough to understand what is being said in this song. It’s honestly a disgrace. If you learn anything in Spanish class, it should be the translation of this tune. Whether you need a good workout song, or just want to listen to something a little different, Daddy Yankee is filthy. As our former Photo Editor Chris Simms and I would say, this song is “tight.”

I’m going to drop the mic right here. Your heads are probably spinning from the vast range of music I just threw at you. I hope you take a moment to listen to some of these songs, or at least create a few new Pandora stations with the genres that are mentioned in this column. Have a great week everyone, and a very happy spring break!