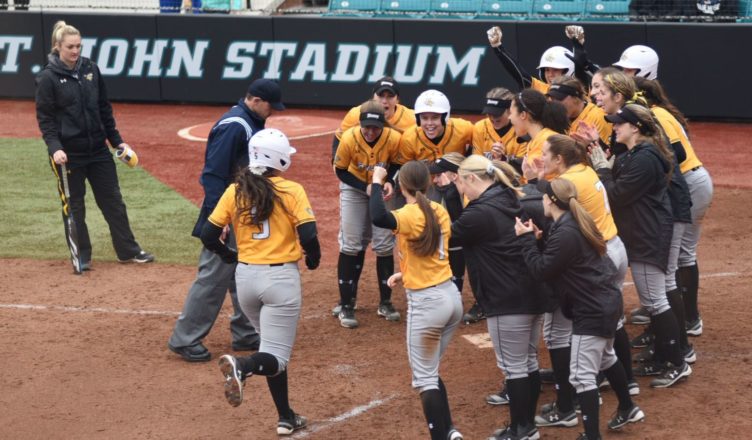 Coming off a successful 2018 season with a school record 42 wins, the Tigers enter this season looking to contend for a conference championship.

An appearance in the National Invitational Softball Championship results in high expectations. However, this season’s roster is almost brand new. Six seniors departed in the offseason, leaving only three seniors this year.

“We have a lot of new kids on this team, so I think the challenge for them is to live up to what last year’s team did,” said Head Coach Lisa Costello.

Towson’s roster consists of mostly freshmen, but Costello has been impressed with the upperclassmen and their ability to step up as leaders to mentor the newest Tigers.

“Our upperclassmen have all stepped up, our seniors and juniors have been awesome,” Costello said.

“Maddie is a good athlete and has worked hard to improve her defense,” Costello said.

Senior Nicole Stockinger tied the school record in home runs with 15 while also collecting 56 RBIs and had a .347 batting average. Her versatility as a utility player is invaluable to the team.

Towson hit .327 as a team last season while keeping opponents to a .272 average.

Abrahamian started 15 games, and Smith-Harrington got the call for 13. Abrahamian recorded 58 strikeouts, which leads the returning Tigers. Each pitcher finished tied for second on the team with seven victories each.

“Both returners and our transfer will help the younger girls transition to college ball,” Costello said.

Towson’s season began Feb. 8 at the USC Upstate Tournament, where the Tigers went 2-2. They followed that up with another split weekend at Coastal Carolina, moving them to 4-4.

The Tigers will travel for the first month of the season before their home opener at the Towson Invitational on March 1-3. Towson will face Yale, Hartford and Monmouth over the course of that weekend.

Costello sees the road trips to begin the year as a positive, given the chilly weather at home.

“It’s an advantage to head south to play in warmer weather,” she said. “It gives us a chance to bond as a team.

The Tigers will open up conference play on March 23 when they travel to UNC Wilmington.

Towson’s next game will be Friday, Feb. 22 at the Furman Tournament in Greenville, South Carolina.