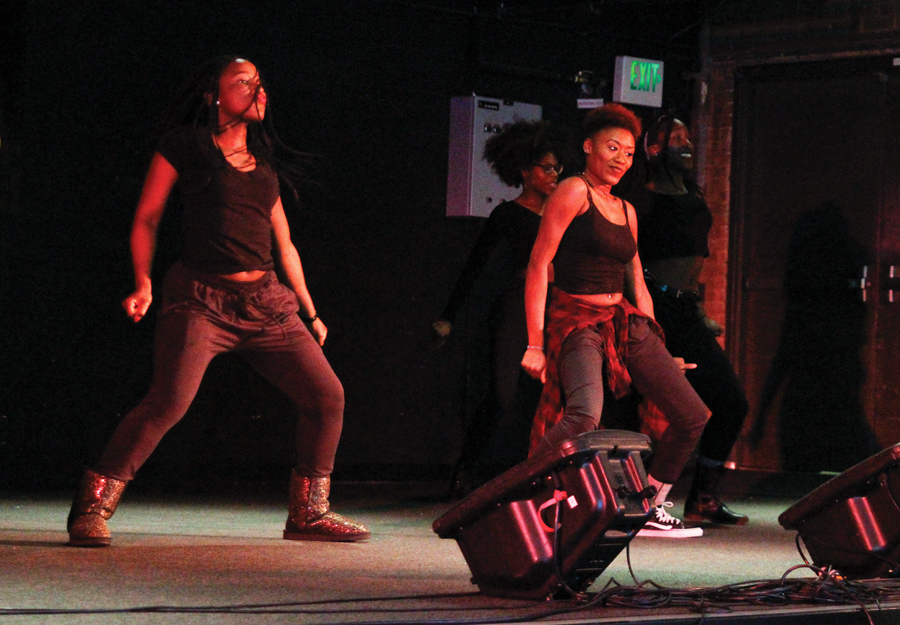 Towson’s African Diaspora Club’s mission is to celebrate and positively showcase the diverse cultures of Africa, but they are also passionate about bringing students together on campus and showcasing the cultures they represent.

“We promote cultural awareness, we all see the different cultures that walk on campus,” Vanessa Agbar, junior and President of the ADC, said. “We want people to see that people are different and understand what other people bring to the table.”

“The goal of the event is to show different cultures, which is important because everyone can have a place to bring their culture and showcase it,” freshman Danielle Franklin said. “Plus the free entertainment, you can’t beat that.”

The event brought together a diverse group of people to sing karaoke, watch dancing, particpate in Zumba, play foosball and pac-man and eat cultural food such as egg rolls, popcorn chicken and Nicaraguan puff-puff.

“There are a lot of people that look the same but because of colonization, they can’t trace their roots,” Adgar said. “The goal is to mend that cultural divide. To show that although we have differences we are all the same, that we all came from Africa.”

The event showcased African culture but also aims to bring together all cultures in America.

“The main culture shown is African, but there is also American culture, we want people to know we are similar, despite our differences,” sophomore and social event chair of the ADC Omosade Olaiya said.

Attendees sat chairs set up in front of the Paws stage listened to students sing karaoke and dance.

Some students came only to support friends in the ADC, however, they also learned about the importance of understanding different cultures.

“Some people are closed minded and not open minded about other cultures,” sophomore D’jate Sterling said. “Events like this one will have people come out and experience different cultures and learn something new.”