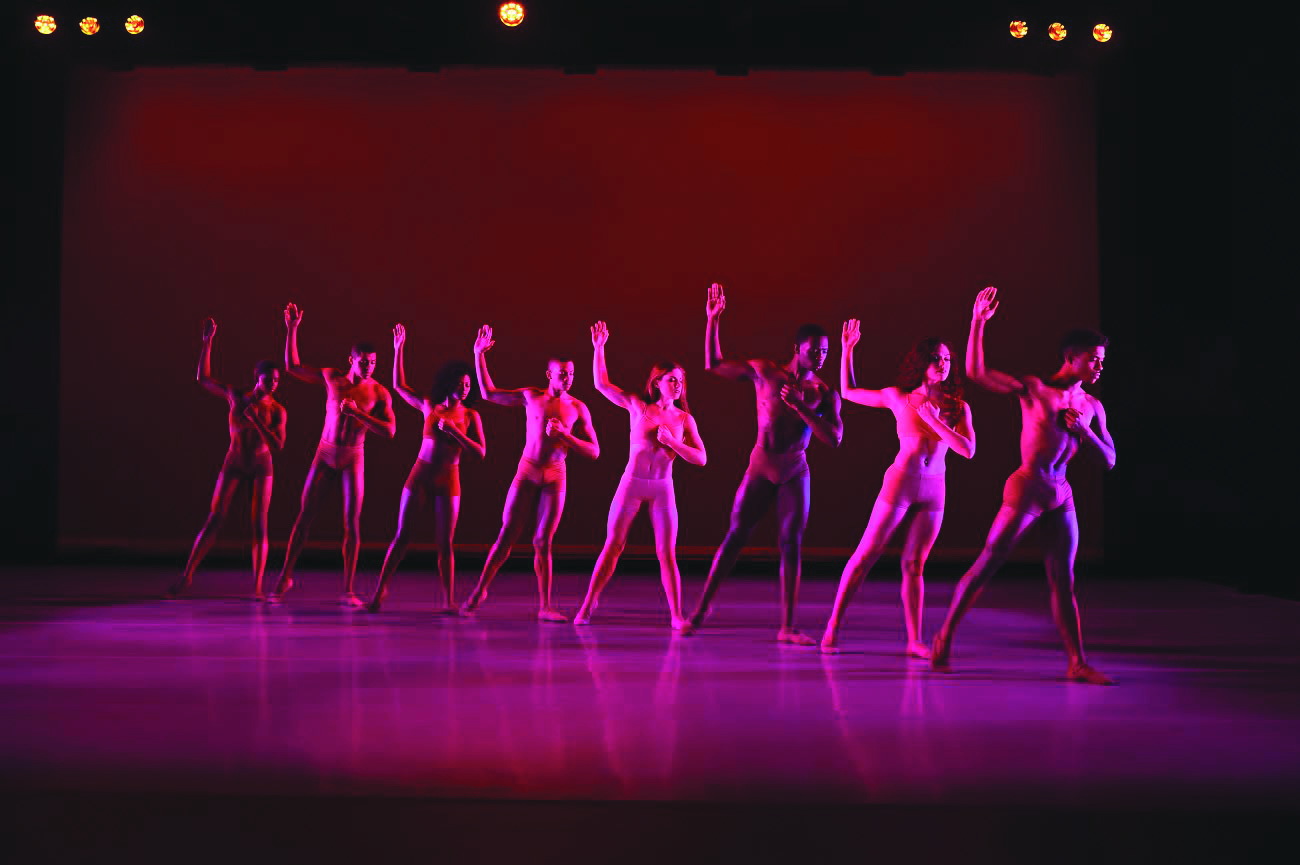 Dancers from the Ailey II company stormed the Stephens Hall stage on Saturday as they kicked off their national tour at Towson.

Ailey II is the acclaimed second company to the Alvin Ailey American Dance Theater, founded in 1958 by  renowned choreographer and activist Alvin Ailey on the principle that dancing should be made available to everyone.

Associate professor and former Ailey company dancer Linda-Denise Fisher-Harrell has been responsible for bringing Ailey II to campus for the past six years. Towson alum (and mentee of Fisher-Harrell) Jessica Amber Pinkett took the stage for the second year with the company.

“This is something I’ve been working so hard on, bringing that Ailey legacy back to Towson and Baltimore, and really inspiring my students through the work of Mr. Ailey,” said Fisher-Harrell. “This is all coming full circle with Jess actually becoming a member of Ailey II. This is like what any teacher hopes for, that a student would actually work this hard.”

Ailey was revolutionary for his time, popularizing modern dance and forming a company of black modern dancers, who were previously snubbed by dancing elites. Ailey’s founding principles carry on today in many of the programs offered by the Ailey school, which includes a free day camp for at-risk youth that has been held at Towson.

Pinkett, who has been dancing since she was four years old, remembered being inspired by Fisher-Harrell when she saw her perform with the Ailey company at Towson around 15 years ago.

“I was just awestruck,” Pinkett said. “I came up to [Fisher-Harrell] with my program and asked for an autograph and she gave it to me. It’s still stuck on my door somewhere.”

Pinkett said that performing again at her alma mater represents a huge accomplishment for her.

“I was just on [Stephens Hall Theatre] stage as a student in the BFA program, and now I’m in a professional company showcasing what I’ve been working on for the past couple of months as a member of Ailey II,” she said.

The performance featured a variety of diverse pieces. The show opened with “In & Out,” choreographed by Jean Emile, which contained seven sections of contemporary jazz that transitions into classical, reflecting the choreographer’s classical background.

The second piece, titled “Gêmeos,” with choreography by Jamar Roberts, was a 12-minute duet “to an African beat” according to artistic director Troy Powell and featured music from the Broadway show “Fela.”

“Sketches of Flames,” choreographed by Bridget L. Moore, was comprised of passionate flamenco dancing, and the final piece “Revelations,” choreographed by Alvin Ailey, featured gospels and spiritual hymns, with the dancers flouting colonial-style costumes and  and props.

The performance Saturday night ended in a standing ovation followed by the audience clapping to the beat of “Rocka My Soul in the Bosom of Abraham” as the dancers performed an encore.

After the performance, Powell and Fisher-Harrell held a Q&A with the audience.

“We look for dancers that are willing to reveal themselves,” Powell said. “I think when you have a dance that’s coming from an honest place, it attracts audiences, and audiences can connect to it.”