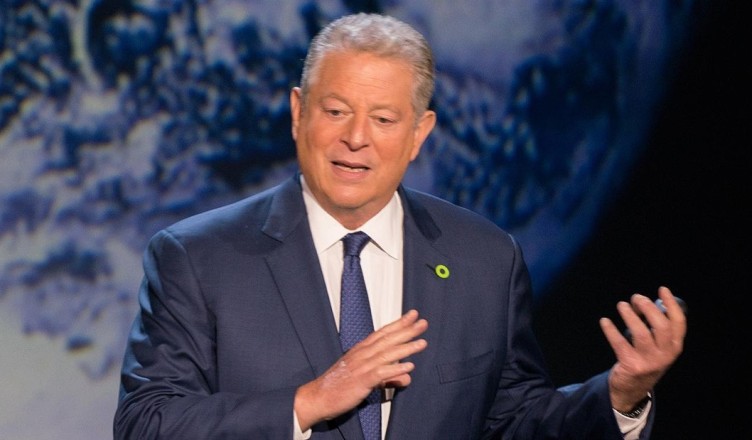 Towson students gathered in the Liberal Arts building Thursday night to participate in a nationwide live webcast with former Vice President Al Gore where he discussed climate change and his newest movie, “An Inconvenient Sequel.”

“We are experiencing more climate related weather events than ever before,” Gore said. “The devastating hurricanes, floods and fires are all examples of this. We need to get together and be part of the solution.”

The Office of Sustainability hosted the live national web-event and screened the film afterward. Over 120 colleges were logged into the online question and answer session with the former Vice President.

Campus Planning and Sustainability Manager Paddy Watson said she hoped that this event would help spark conversation about climate change.

“We are trying to tap into the movement of climate change and awareness here at the University,” Watson said. “This event will hopefully provide a dialogue, awareness, and hopefully incite action.”

Astronomy professor Christian Ready went to Colorado over the summer to participate in a leadership conference where he learned how to give the climate change presentation that Gore gives.

Ready is part of the Climate Change Reality Project,which Gore is the founder and chairman of.

“We need to get the word out about climate change and persuade people who have misconceptions,” Ready said.

Ready was going to give the presentation, but when Watson received the login code for the web-event, the two decided the Q&A with Gore would be better.

Gore answered pre-selected questions that were sent via video and asked by college students around the country.

“Student voices have been in the vanguard of social issues in the past,” Gore said. “College age students are starting to lead the way to solutions now.”

The ACUPCC is a large group of colleges and universities that are signed onto a plan to reduce their greenhouse gas use and expand research into solving climate change.

Gore said that universities around the country are pushing toward becoming completely carbon neutral.

“I got into [climate change] in college,” Gore said. “I didn’t know at the time that it would take over my life, but I’m glad for it. I dedicated and still do dedicate my time to trying to find out how the science of climate change or global warming can be explained more easily to those who need to know.”

According to Ready, solving climate change starts with education.

“We need to educate about the climate crisis and brainstorm solutions to stall and eventually fix the issue,” he said.

Gore laid out a few ways that the average person can help the climate issue.

“Individuals can make a difference,” Gore said. “Use your voice; don’t be mean or hostile. Use your vote; persuade your candidates. Use your choice; persuade businesses to make climate conscious choices with what you purchase.”

Gore said attempting to solve the climate crisis has spurred the economy and created jobs.

Gore’s first movie, “An Inconvenient Truth,” was released in 2006. It showed Gore’s efforts to explain the climate crisis and describe ways to help curb the destructive effects on the environment. The film won Gore an Oscar.

After the Q&A, Watson played Gore’s second movie, An Inconvenient Sequel: Truth to Power, where he shows viewers the effects of climate change, how it can be changed and how the efforts of the past 11 years have helped.

“Please become a part of the solution,” Gore said, before ending the Q&A session. “It is the right, the necessary thing to do, and you can make a difference.”