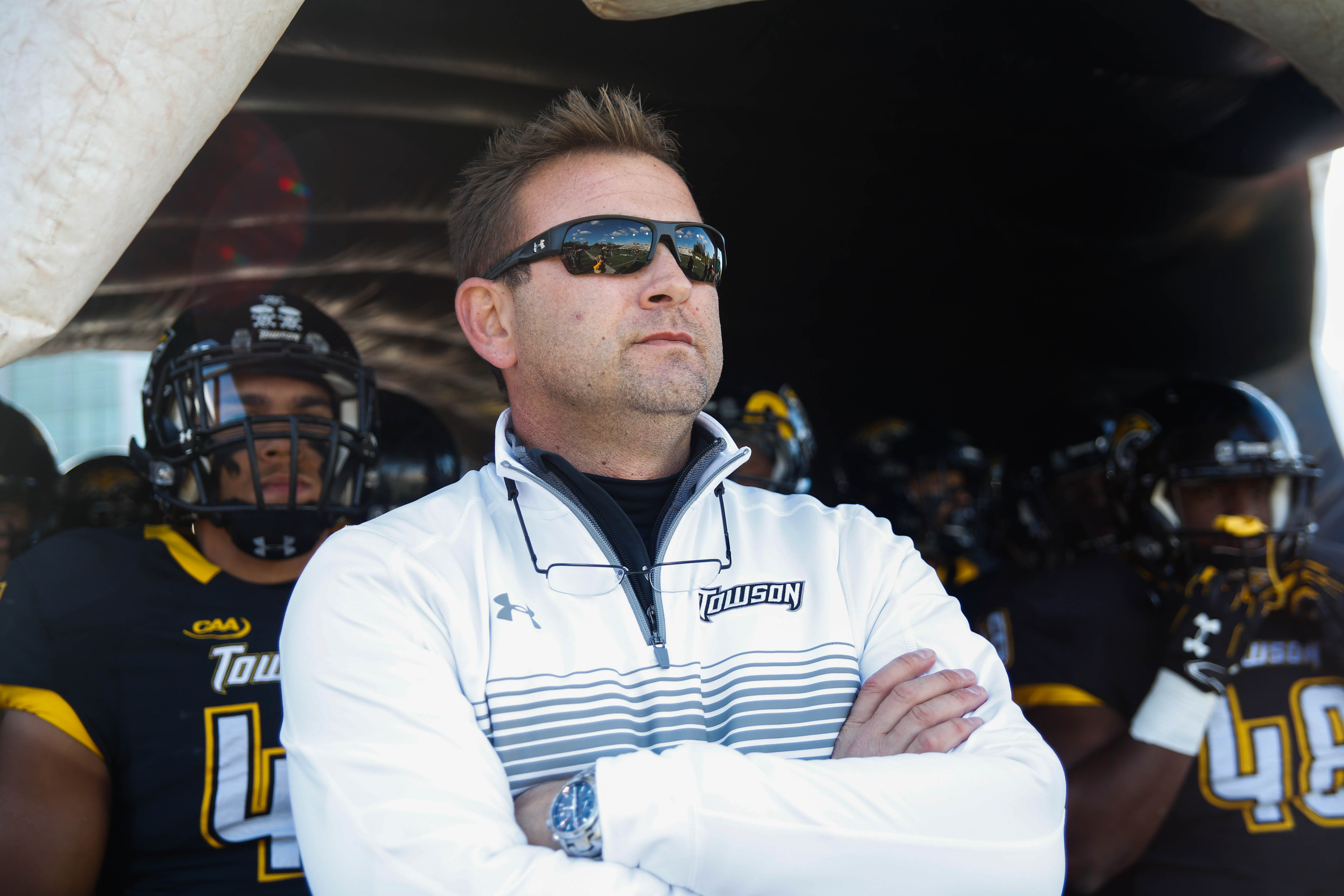 The class includes six student-athletes who are already on campus and 22 others who will join the program in the fall.

“It’s a combination of things,” Ambrose said. “A large graduating senior class, couple guys who were injured who discontinued their careers, a couple defections and some cancer removal.”

Among Towson’s additions are two tight ends, mid-year enrollee Metise Moore of Denver played one season of college football at the City College of San Francisco, and signee Myles Wright of Baltimore played at the St. Frances Academy.

Moore and Wright could be two welcome additions to the program. The Tigers lost their leading tight end, Tanner Valley, to graduation.

“Myles is somebody who has been around forever,” Ambrose said. “Down at Saint Frances, he’s been to camp, he knows our staff and this is something that has been in the works for a long time. [Moore] is a great physical specimen, but he’s a great dude.”

Towson will also welcome in two running backs, a position that Ambrose and his staff have recruited well over the years.

Mid-year enrollee Adrian Platt and signee Jaelen Thompson will be the newest additions to the Tigers backfield.

Platt enrolled at Towson in January. The Germantown native rushed for 2,579 yards and 42 touchdowns his senior year at Seneca Valley High School.

Thompson, however, will not be on campus until the fall. The Middletown, Pennsylvania, native helped lead his team to a 14-1 record and the 3A state championship game. He finished his senior season rushing for 1,605 yards.

“[Platt and Thompson] are all in the same vein as Shane and Deshaun,” Ambrose said. “Extremely talented guys with good backgrounds, with good history.”

Overall, Ambrose is pleased with the potential of his signing class. “Clearly we are not little old Towson anymore,” he said.

Towson will kick off its 2017 season Saturday, Sept. 9, at Johnny Unitas Stadium against crosstown rival Morgan State. Kick-off is TBA.