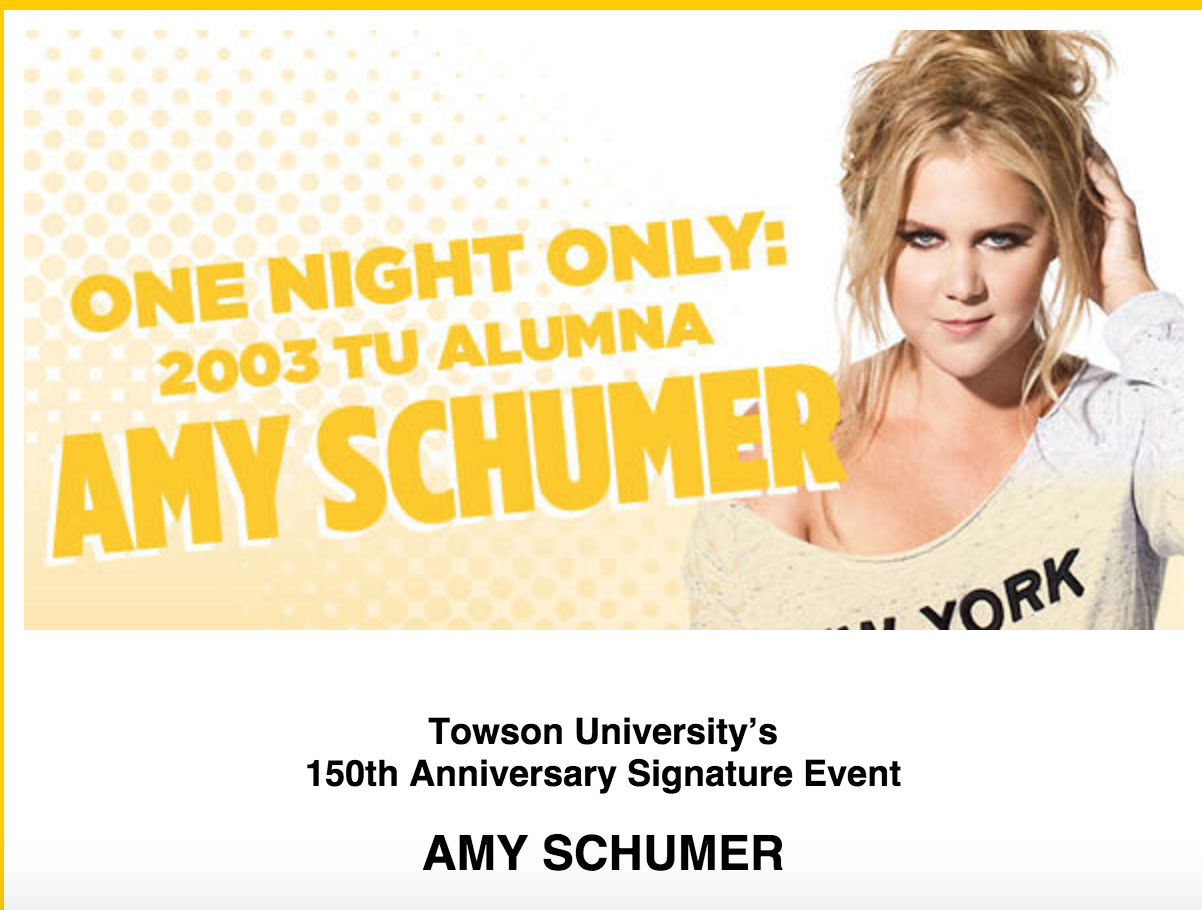 Tickets for a performance by Towson alumna Amy Schumer will go on sale at 10 a.m. today. Schumer will perform at the SECU Arena April 10 from 7-11:30 p.m.

Tickets, which are “restricted to the Towson University community,” start at $55 and range up to $250, according to Ticketmaster. There is a limit of four tickets per purchaser. According to an email sent to the campus community, a Towson ID will be required when making a purchase.

After graduating from Towson in 2003, Schumer went on to compete in NBC’s “Last Comic Standing” in 2007, finishing as one of the final contestants. In 2013, she was featured in season 3 of the show, “Girls.”

Schumer’s most recent success is her film, “Trainwreck.” A story about a journalist who, by her father’s doing, had monogamy presented to her as an unrealistic ideal. Skittish about being in a long term relationship, Schumer’s character, also named Amy, relentlessly tries to avoid falling in love.

Schumer’s last time at Towson was March 2014 when she performed in the Stephens Hall Theatre. According to a previous article from The Towerlight, Schumer tailored her performance with experiences from her time at Towson University.

Last time Schumer came to campus, The Towerlight’s Arts & Life Editor got the opportunity to speak with the comedian.

“So I would say Towson helped me in getting to figure it out and have fun and be a normal girl in college but then also get really serious about performing going into my junior and senior year,” Schumer said.