Last month, newly-appointed Attorney General (AG) William Barr sent a four-page letter to Congress, detailing what he deemed the principal conclusions of the Mueller report. In this letter, Barr generally concluded that Mueller found no evidence of collusion or obstruction; he also noted that Mueller would not be pursuing future criminal charges. To all in Trumpworld, such a conclusion translated to complete and total exoneration for the president.

Now that we’ve had time to read the Mueller report, however, Mr. Barr’s conclusions were remarkably misleading.

From the beginning of the report, Mr. Mueller offered a critically important explanation of his investigation’s structure. First, Mr. Mueller clarified that his team avoided subpoenaing the president, mainly because doing so would significantly delay the investigation. And second, Mueller outlined that in keeping with Department of Justice (DOJ) precedent, he would not actively pursue a criminal indictment of the president.

In essence, Mueller’s approach to the investigation, given that the individual being investigated is the sitting president, is uniquely tailored in scope and process. This means that explosive findings of criminality, given Trump’s position as chief executive, were never likely.

With regard to collusion, Mr. Mueller spends the first volume of his over-400-page report detailing the variety of ways – most of which were designed to specifically aid Donald Trump – in which Russia attempted to undermine the legitimacy of the 2016 presidential election. While Mueller did not conclude that the president actively designed and coordinated the Russian attempts, the report details how the president and his team capitalized on the Russian efforts.

Notably, Mueller notes, “the investigation established that the Russian government perceived it would benefit from a Trump presidency and worked to secure that outcome, and that the campaign expected it would benefit electorally from information stolen and released through Russian efforts.”

The aforementioned quotation, though it does not establish criminal collusion, solidifies the reality of an elected American president actively benefiting from an anti-democratic campaign launched by a top foreign adversary.

But the collusion focus of the Mueller report represents only a small portion of Trump’s misdeeds. In the second volume of the report, which concentrates on obstruction efforts, Mueller paints an ugly picture of the president’s conduct.

According to Mueller, on 10 different occasions, the president basically attempted to obstruct justice; that said, the individuals whom he directed to perform the obstruction refused.

After Michael Flynn, Trump’s national security advisor, lied to the FBI about a conversation he had with Russian Ambassador Sergey Kislyak, the president tried to push then-FBI Director James Comey to let Flynn off the hook.

In May 2017, after firing Comey, the president told Russian officials that firing Comey removed pressure from his administration, which was under FBI investigation concerning its relationship with Russia.

Within volume two, Mueller details 10 instances similar to the two mentioned above. It is clear that if Trump were not a sitting president, and if the DOJ (the department through which Mueller was given his investigative directive) had not historically pursued the idea that a sitting president cannot be indicted for criminal charges, his behaviors would certainly meet obstruction standards.

Following the report’s publication, members of Congress have been faced with questions regarding impeachment, future subpoenas, and more. Immediately after the report was released, Jerrold Nadler, chairman of the House Judiciary Committee, subpoenaed the full, unredacted version of the report (the public and Congress currently only have access to a redacted version, edited by AG Barr). The DOJ responded to Nadler’s subpoena, claiming that such a move was premature. The legal battle over the unredacted version may reach the Supreme Court.

According to the Constitution, the House of Representatives is vested with the power of issuing impeachment proceedings. Thus far, only a few Democratic lawmakers have called for impeachment following the report’s release; among them are Alexandria Ocasio-Cortez, Rashida Tlaib, and Ilhan Omar. It is worth noting, however, that in order for impeachment to occur, a simple majority of representatives and two-thirds of senators would need to be in favor of impeachment.

Given that the general election is roughly 18 months away, the Democratic leadership should be focused on piecing together a victorious narrative that will unseat the president in 2020.

Unseating the president through valid electoral processes, rather than impeachment fights, will produce a more legitimate and lasting condemnation of the behavior detailed in the report. In the meantime, however, Americans should push for the release of the unredacted Mueller report. The contents buried beneath many of Barr’s redactions are undoubtedly of critical importance to Americans as they prepare for the general election.

InCongress and the Courts, muller report 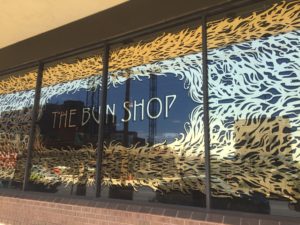