When I first heard that there was going to be a live-action remake of “The Jungle Book,” I was immediately apprehensive.

How would it work? Would the animals be real or CGI? Would they be fun-loving or scary? Would it read more like a Disney film or a Tim Burton creation?  I wasn’t the only one who had these thoughts, and there were tons of doubters before there was any concrete evidence of what the movie would be.

But ever since the first trailer hit YouTube, people haven’t been able to shut up about it, in the best way possible.

As someone who loves the Disney storybook adaptation of the movie, in addition to the trailer being dark and jumpy, it intrigued and scared me at the same time.

I didn’t think about the possibility of it not being an exact remake, although looking back, it would have been improbable for me to think that.

This new movie wouldn’t be an exact remake, but more of an extension of the story that Disney laid the ground-work for— similar to what “Maleficent” achieved.

It would provide more information and bring in a different perspective of the already loved movie.

Over the past three years, Disney has been taking more risks and becoming more creative in its content. The company is branching out and trying new things and is distinguishing the difference between their materials in a more dramatic way.

They are realizing that those of us who grew up watching the animated musicals are adults now. And while many of us are still children at heart, we want an upgrade and they’re listening and delivering.

“The Jungle Book” is no different and while it may not be suitable for a child under the age of ten, I highly suggest everyone go see it.

Not only does it let the audience reminisce about the story they already know, but it also introduces new levels and layers to the characters without losing the magic.

This movie is going to be a CGI game-changer and has raised the bar on expectations.

It’s funny, surprising and will definitely leave you wanting more. 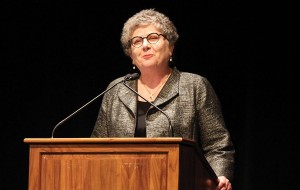 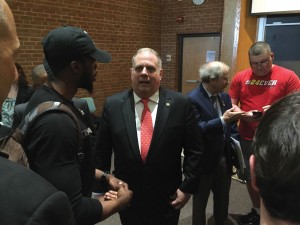