As a self-proclaimed boy band enthusiast, this past week has been a rough one, and we all know what event I am talking about. If you didn’t hear, read or talk about Zayn Malik’s decision to quit One Direction, I will happily assume that you live under a rock. Before you roll your eyes, completely discredit my opinion, or stop reading, I urge you to think back and realize that history may be repeating itself.

Although initially I was shocked, and may or may not have been crying into my cereal while scrolling through Tumblr, I have now come to terms with Malik’s decision and wish him the best. What concerns me now is that he’ll pull a Justin Timberlake or a Nick Jonas and become wildly popular and leave the band in the dust. Timberlake began his solo career after ‘N Sync’s untimely demise, and it goes without saying that today he is one of the most talented and well-known singers. Jonas is the one who decided that he and his actual blood-related brothers should essentially ‘break-up,’ talk about an awkward family meeting, and now Jonas is climbing the charts. I know you would be lying if you said you didn’t turn up the volume and have a full out dance party whenever a song of his came on the radio. One is left to wonder if Malik will follow in their footsteps or will vanish into obscurity.

There are many reasons as to why the famous band of five is now cut down to four, and the one that stood out the most to me was how Malik stated that he wants to be a “normal 22-year-old who is able to relax and have some private time out of the spotlight.” Yes, I understand that the life he lives must be difficult and it would be the worst to not be able to even go to the store for milk without a mob or riot happening, but no matter what he does, he will never be able to have a ‘normal life.’ For example, ‘N Sync went on a temporary hiatus 13 years ago and never reunited, but Lance Bass is still writing books, hosting radio shows and doing guest appearances. The insane success of One Direction will always overshadow Malik’s decision to attempt to be normal. Malik’s eventual solo career will always be connected with how he quit the band right in the middle of a stadium world tour.

One Direction performed their first concert since Malik’s official leave to a sold out stadium in Johannesburg, South Africa that held 94,000 people, and that’s not even the biggest stadium of the tour. Will history repeat itself and Malik will become the next solo artist wonder? Or will One Direction rise to the challenge and not let Malik’s decision deter them from their goals? Give it a year and we’ll know the answer. 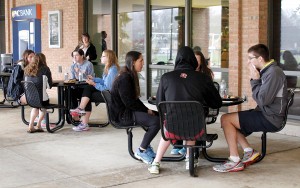