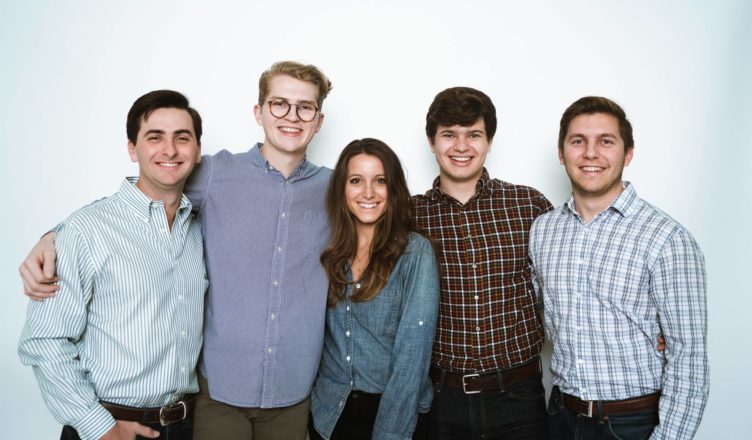 Though it has been in existence since 2016, Skoller was only being tested and used by students at select schools. The app was released to the public last August. With it, students can upload class syllabi, build a semester schedule, set reminders and use other tools to help keep them organized.

Chief Technology Officer (CTO) Bruce Brookshire said that he was introduced to Skoller’s CEO and Co-Founder Carson Ward through mutual friends of theirs while taking a Java programing class and wondering about how he could make his new knowledge practical.

“[We] all add a similar idea about making the College experience better for everyone,” Brookshire said. “So, we came up with Skoller to help organize everything better.”

The company also offers an ambassador program which allows students to invite classmates to sign up by sharing a referral link with one another.

“They can make the platform much better whenever more students are on it,” Ward said. “Changes [are] made to the class schedule, users are connected with their classmates, so they are able chat with other classmates they can share schedule changes with classmates.”

Before its full launch back in August, Skoller partnered with national sorority AOπ as a way to spread the word about the tool for students to use. The sorority also benefits.

The partnership grows the number of signups and helps raise money for Arthritis Foundation if students use the sign-up code “AOII,” which  earns the sorority $1 for each new signup.

“So right now, since we partnered with Skoller, we [have had] about 1400 members sign up with the AOPi referral code,” said West.

AOπ’s Director of Public Relations Courtney West said she felt it was great for both organizations to be working together for such a great cause.

“It covers that academic tool and helps philanthropic endeavors, while also helping connect to all are AOπ members, which we have over 1500 members in college and grad school as well,” West said. “So, by downloading the app and using the referral code, it helps build a great connection among are members.”

Brookshire said that moving forward, Skoller hopes to be able to help students with textbook sales and purchases on top of what the app offers now.

“What we trying to do is make it simple for students to buy and sell their books, where you can sell the book to the next class while getting more for the selling price, [and] while paying less for it as well,” Brookshire said. “So, we are looking to make the experience better for the college students.”