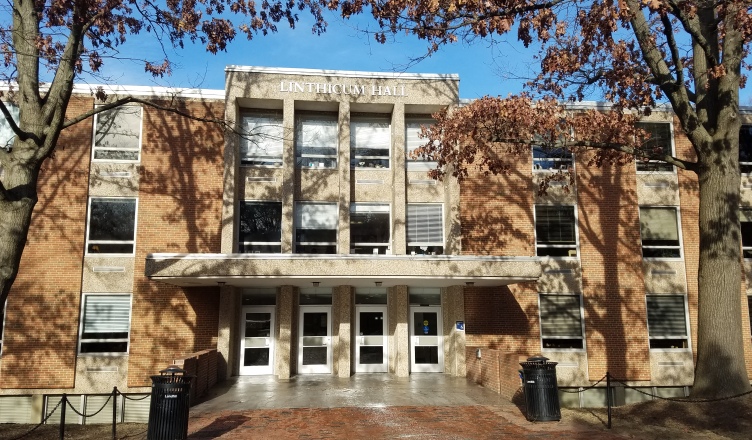 The College of Health Professions is planning to relocate the American Sign Language lab in Linthicum Hall to give other health profession majors a new lab for simulation classes.

Diana Emanuel, the chairperson for the Department of Audiology, Speech-Language Pathology and Deaf Studies, said the College of Health Professions conducted a study on how the ASL lab was used.

According to Emanuel,  the study found that for its size, the lab was underutilized. The College determined the space was not being used efficiently, and they decided to turn it into a space for simulation classes.

“We were looking for a space to support the interprofessional simulation classes, so these are various health professions majors,” Emanuel said.

Emanuel said simulations include beds and mannequins, and therefore require a large space.

However, Emanuel believes there was some confusion, as a petition to keep the lab open began to circulate.

The petition stated that the lab would close for good next semester, preventing “a Deaf community from existing at TU.”

Emanuel said the lab is not closing. Although the department has not yet identified a new, permanent location for the lab, Emanuel said it does have a temporary space for the spring in a computer lab in Linthicum.

The petition described the lab as “a place [for students] to expand their language, study, and as a Deaf/ASL friendly place to do homework. This is our safe space at the school to communicate without barriers or judgement from non-ASL signers.”

“We kind of just got pushed to the side was how it sounded to me,” Nicol said.

Nicol said he doesn’t think there would be as much opposition if a permanent location for the new lab were secured.

“If a new space was provided in its stead, like if there was a place on campus where they would suggest the ASL lab could go, I don’t think anyone would really have a problem,” he said. “But it just seems that the nursing program said ‘we need this lab, we need to expand, and so we’re taking this lab.’”

Emanuel expressed remorse over the fact that students did not feel supported.

“I think it’s unfortunate that the students feel they weren’t supported, and I just want to say that the dean and I are both really supportive of the program,” she said.

Emanuel pointed out some of the other spaces on campus where students can go to practice and study ASL while plans for a new, permanent lab location are being created.

In addition to opening  the temporary lab in Linthicum, the department will also hold a town hall meeting in the spring to collaborate with students and determine an appropriate space for the ASL lab.

“Before we come up with sort of a final location, what I would like to see is the faculty and students coming together to discuss their needs for the space and identify a space that would be appropriate to support their learning,” Emanuel said.

Lisa Plowfield, dean of the College of Health Professions, said she is pleased that the department is planning a town hall meeting.

“Our College never intended to eliminate this resource for students; instead we are trying to find more suitable space to meet the needs of our students in a space that would be a better fit based on the numbers of students who rely on the lab,” Plowfield said.