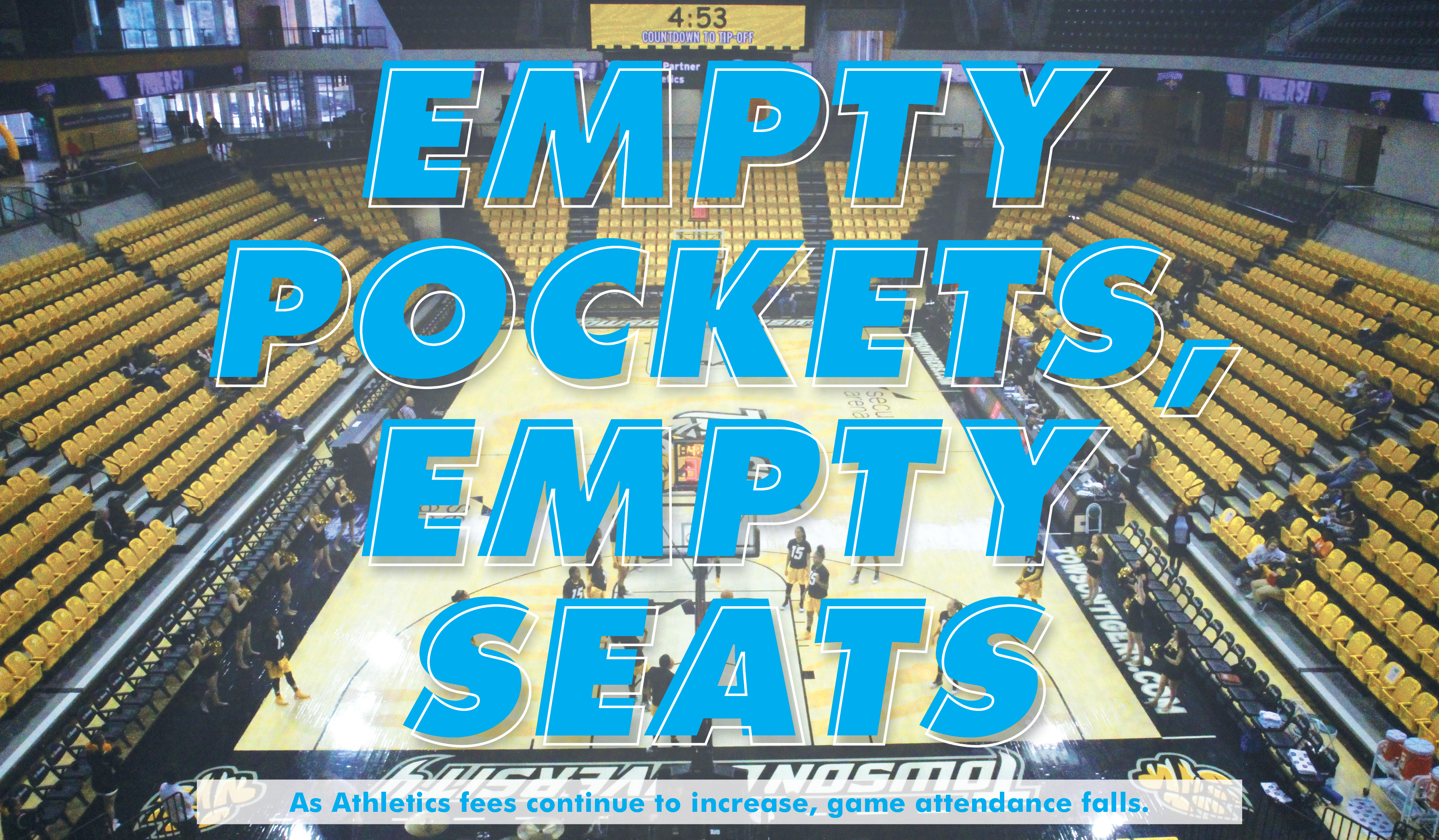 When you pay your bill to attend Towson University, you’re not just spending money on tuition. If you live on campus, you’re also paying for housing and a meal plan. Maybe you’re paying for a parking permit. You’re definitely paying a student government fee, a technology fee, an auxiliary services fee, and another that you might never make direct use of. The athletics fee.

Every full-time, in-state, undergraduate student in the Spring 2017 semester paid $851 for Auxiliary Services, $93 for Technology, $45 for the Student Government and $435 for Athletics. Fees, like tuition, are paid each semester, not just once per year. And those costs have gone up.

The Auxiliary Services fee has increased by $165.

The Student Government fee has increased by $5.

The Technology fee has increased by $13.

The Athletics fee has increased by $36.

Towson gets some of its money from the state of Maryland, since it’s a public school. Between 2013 and 2017, the amount of money that Towson has received from Maryland has increased from $91.8 million to about $119.1 million, an increase of about $27 million.

In other words, Maryland picks up about a quarter of Towson’s bill. The rest has to come from other revenue sources.

“If the state’s not picking [increasing operating costs] up, it goes on the backs of students and their families,” TU Chief Financial Officer Joe Oster said.

The outputs from those increasing fees are, sometimes, easier to see than others. Construction, for example, has been booming on campus. And, Oster said, one of the main reasons certain fees increase is pre-existing contracts between TU and food and service providers Chartwells and ABM.

But students may not be seeing that same return on increased investment in the athletics department, which receives no state money. Athletics fees have been going up. Attendance (and, in some cases, performance) have not.

“Athletics is a standalone body,” TU President Kim Schatzel said in an interview with The Towerlight. “All of the scholarships, all of the travel, all the coaches, all the everything gets loaded on. We can’t use state money.”

Other Towson sports have similar stories, in terms of average attendance per game.

SECU Arena, where basketball and volleyball play, has room for 5,200 people. Johnny Unitas Stadium, where football and lacrosse play, seats over 11 thousand.

In order to create a more accurate image of how many Towson students are attending Towson games, The Towerlight requested student attendance data – collected when students scan to gain entrance to home games. The Athletics Department did not provide the data requested before The Towerlight’s print deadline.

Towson is not alone in this trend–attendance at collegiate sporting events is in decline nationwide.

As Towson’s attendance and, in some cases, seasonal performance, have gone down since 2013, students have increasingly paid more money each year in athletics fees.

The main cause for the increasing athletics fee is the growing demand for scholarship money, according to Oster. As tuition increases, he explained, scholarships needed to award more money.

Some student-athletes are awarded “Full grants-in-aid,” at the recommendation of each sport’s head coach, according to the 2016-2017 Student Athlete Handbook. The book also says that athletics scholarships are “awarded as a percentage of the value of a full grant-in-aid.”

While the exact value of a full grant-in-aid is calculated annually, the “typical” amount covers tuition, mandatory fees, a “standard double room,” required textbooks and the 19-meal plan.

A student-athlete who is “receiving a full scholarship” and on the 19-meal plan may also receive “unlimited meals” at the beginning of the academic term, according to the handbook.

The purpose in awarding grants-in-aid is to “attract top quality student athletes to Towson University,” according to the handbook.

Nearly 400 students receive financial aid through athletics, according to John Brush, the director of media relations for the Department of Athletics. That aid, he said in an email, ranges from $250 to full grants-in-aid.

Towson University also awards academic scholarships. In 2017-18, the largest scholarship from TU was the Provost Scholarship, capped at $5,000 for in-state students and $11,000 for out-of-state students, according to David Horne, director of the Financial Aid Office.

“[Athletics] adds great value to the reputation of the institution,” Schatzel said. “Both the success of our students in terms of their sports performance as well as in the classroom is something we really take great pride in.”