A man attempted to rob the Toys “R” Us in Towson last week and was arrested by responding officers without incident.
The man, who has been identified as Elbert Darrell Crump, entered the store, flashed a handgun and demanded money from a cash register, according to police.

Several customers and employees in the store called police. Police said that many customers and employees fled from the store.
Crump left the store, but returned inside when he saw the multiple police units outside responding to the calls.
After arriving, police secured the area. About an hour after the first calls to police, tactical officers entered the toy store and found Crump hiding in a box.
Crump was arrested without incident and is charged with armed robbery and assault, along with other charges. He is currently being held in the county detention center. 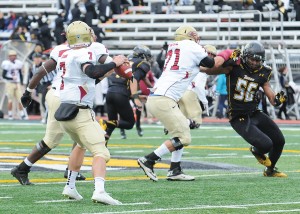