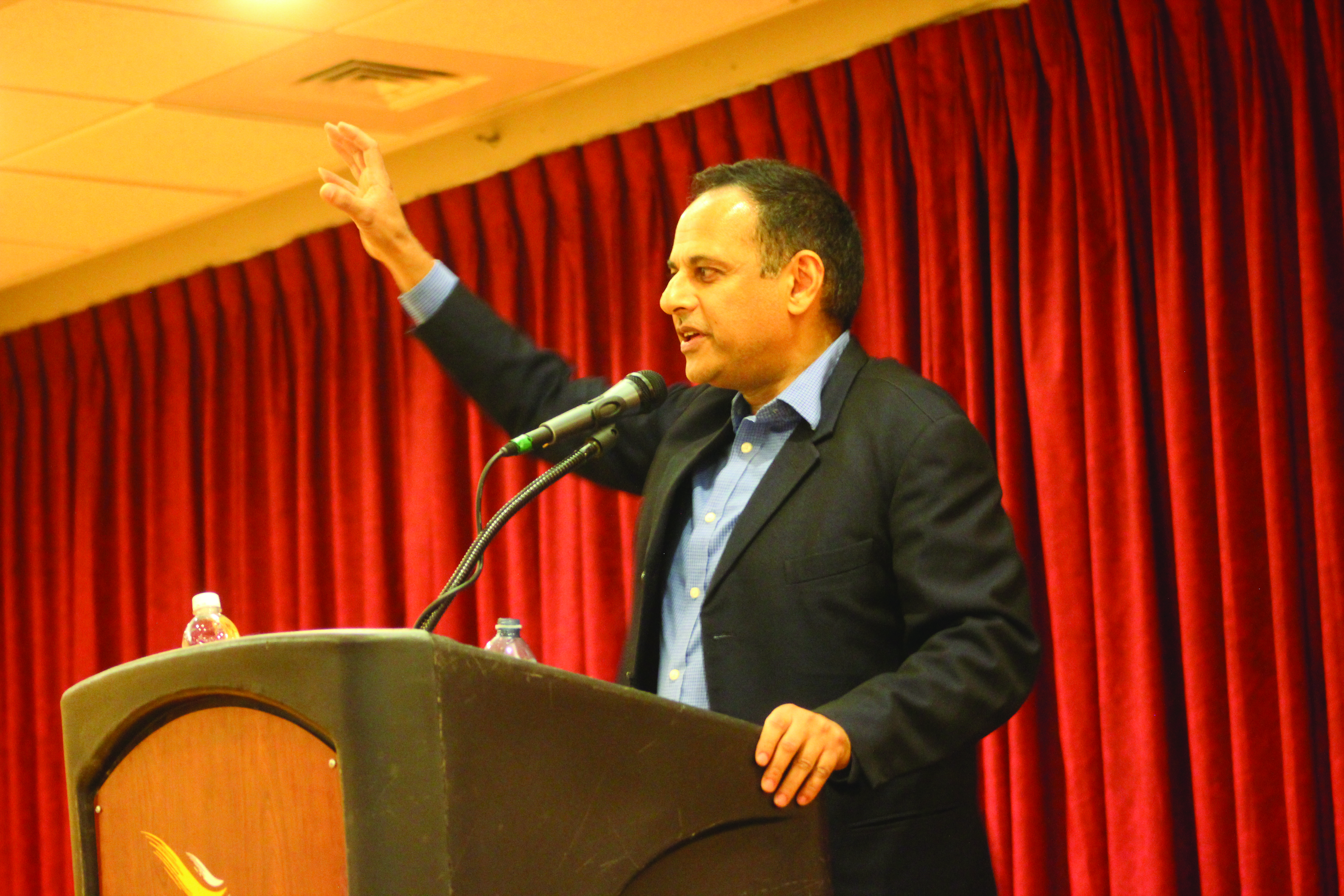 Ever since Sept. 11, 2001, author and journalist Moustafa Bayoumi says, the U.S. government and media-at-large have widely branded Muslims at home and abroad as terrorists.

During a Feb. 23 talk on campus — wherein he set out to reclaim and reshape the narrative of Muslim American life, Bayoumi said Muslims are primarily portrayed as one of two extremes: villains or victims. And, when seemingly positive portrayals do exist, they are presented as if they are shattering a stereotype. Bayoumi said coverage like this can be just as dangerous because that story becomes the exception to the rule, thus reinforcing that rule.

As an alternative to politically-charged representations, Bayoumi, an English professor at Brooklyn College, City University of New York and columnist for The Guardian, would like to see more nuanced stories about Muslims living their day-to-day lives, such as how Muslim Americans struggle to send money overseas when their families are caught in a war zone.

After President Donald Trump signed an executive order temporarily banning entry to the U.S. from seven Muslim-majority countries, people protested at the travel ban at airports and lawyers offered counsel to those affected by the order.

Those protesters were not just Muslims, Bayoumi said, but people of all backgrounds.

Bayoumi said the ban is not just about Muslims or refugees, but rather about any marginalized people, including undocumented immigrants. He stressed the importance of approaching such issues with an intersectional lens.

Bayoumi said that the information about how refugees are already vetted is available for people who want to find it. He said it is now more important to focus on how misinformation about Muslims and refugees in general is being used to propel political discourse.

Sophomore Emma Jarvis wants people to have more honest conversations and be more open to learning about Muslims.

Jarvis, an anthropology major, said the speech taught her more about what Muslim Americans go through.

“It definitely enhanced my perspective of thinking that this is something important that people need to learn about and that what is happening isn’t the best,” Jarvis said.

For those who are fighting for the fair treatment of Muslims and other Americans, Bayoumi said this is a time for communal action like the kind seen at the airport demonstrations. 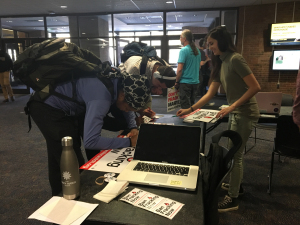