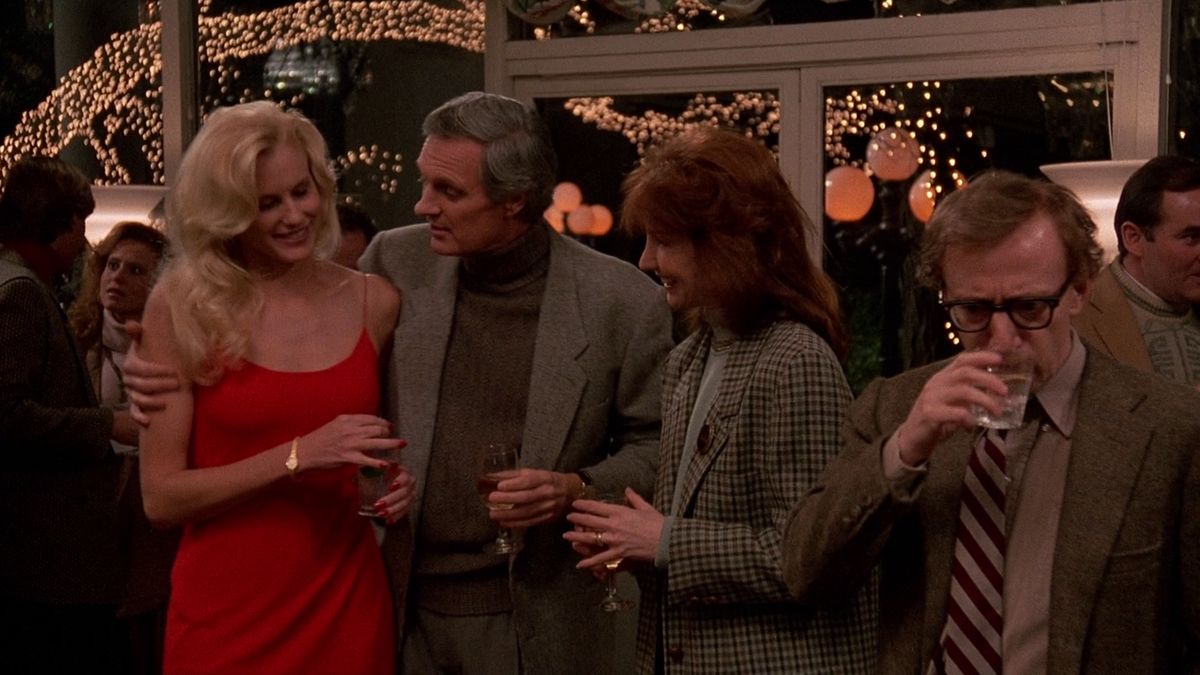 Murder goes unpunished and adoration goes to waste in Woody Allen’s “Crimes and Misdemeanors,” a relentless series of causes and non-effects which leaves a killer unscathed, a creep in love, an honest man heartbroken, and a Rabbi blind.

It’s also really funny.  Who else could do this but Allen?  The prolific director flawlessly intersects his witty and dramatic styles for this film, with no genre taking away from the other.  Mere minutes separate a scene in which Allen’s character finds out his sister was used as a bathroom on a blind date and another where the details for a hit are sketched out.

Paper-thin connections combine what are essentially two separate stories. The plots – a theologically contemplative melodrama starring Martin Landau and a simpler, amusing love tale with Allen – cross paths eventually, but are mostly detached from one another.  The glue that keeps them together in one production comes in the form of old film clips that Allen’s character watches during mid-day matinees.  They are strikingly relevant to Landau’s plotline. “This only happens in the movies,” Allen says at one point.

While accepting a community award, ophthalmologist Judah Rosenthal (Landau) speaks of science and his reluctance towards, as well as his fear of, God’s existence.  He considers himself a moral man, but that doesn’t stop him from prolonging an affair with flight attendant Dolores (Anjelica Huston), who’s tired of hiding.  Judah cannot stand to see his life topple before him, so he calls his hoodlum brother Jack (Jerry Orbach) for advice, and is repulsed when murder is brought into the discussion.  “What did you want me to do when you called me?”  Jack asks. Judah pretends he doesn’t know.

Meanwhile, Clifford Stern (Allen), a filmmaker of documentaries no one watches, is hired by his pompous brother-in-law Lester (Alan Alda), a prosperous TV producer, to direct a documentary about the man’s success.  Cliff can’t stand the guy, and he bonds with Halley Reed (Mia Farrow), one of the documentary producers, over degrading jokes and cheap champagne, the only prize his films ever won.  When Halley says Lester is an “American phenomenon,” Lester replies, “so is acid rain.”

A bit quirky, this tale is the more natural of the two for the director to tell.  As Cliff, Allen is the eccentric romantic audiences like best, who has now evolved in his older age from a man interested solely in sex to one who also seeks romantic love.  He’s more mature, which makes the stakes of his emotional pursuit all the more absorbing.

But though Allen is not known for his murder capers, “Crimes and Misdemeanors” is a film any of the genre’s director would be proud to attach their names to.  Landau leads what really is an ensemble piece with a terrific somber fear. After the deed is done, Judah is haunted by the memories of his father’s religiosity, and Landau watches from the outside – quite literally in one scene – shocked by what he’s been proven capable of.

Allen’s picture is hardly a tug of war between these two engrossing stories.  It rather lies peacefully on a new middle ground between romance and evil we pleasantly discover exists.  They are masterfully structured, handled, and balanced, and finally brought together in a final scene that reminds us we are watching only one great movie.