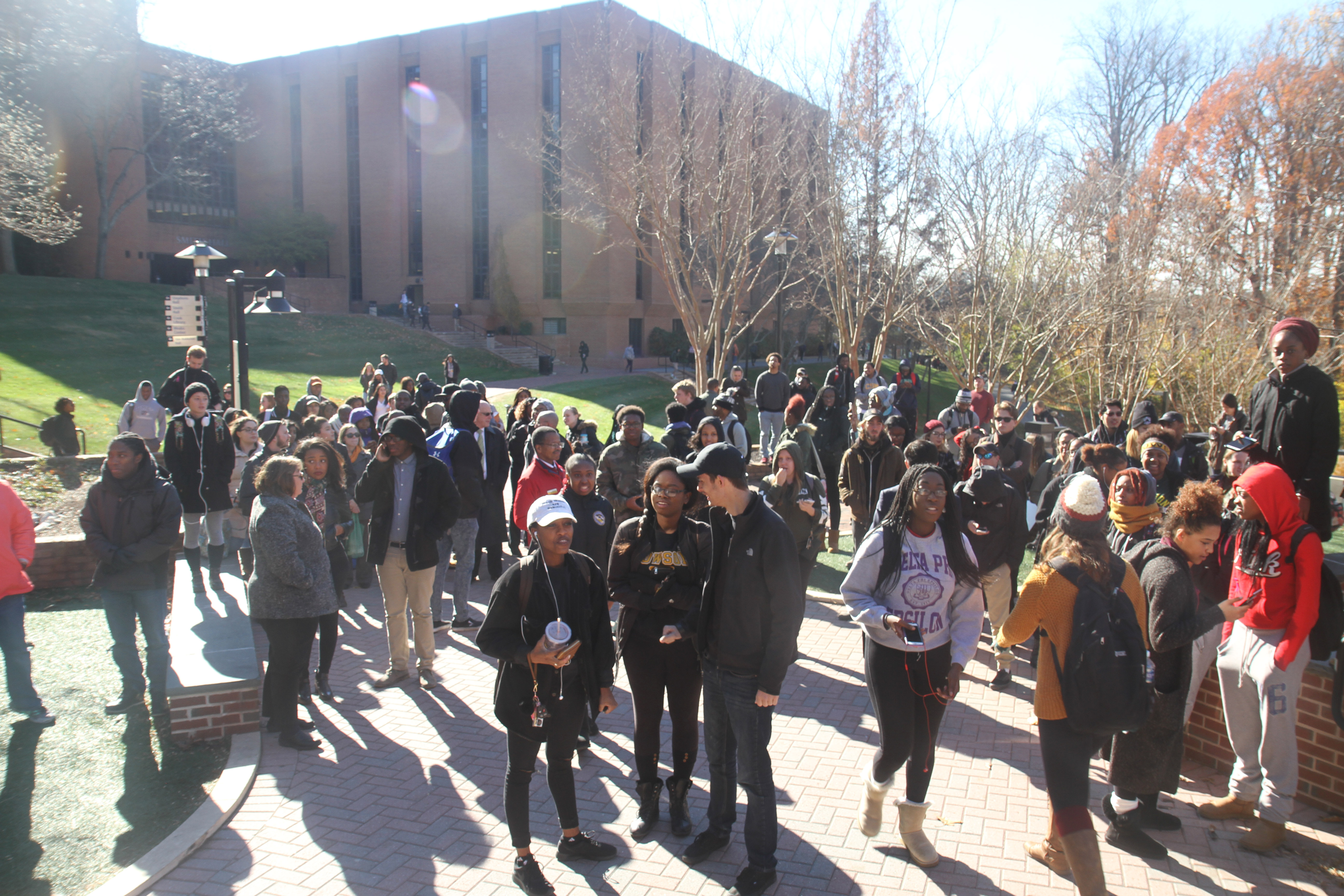 Presidents’ Day, marked annually as the third Monday in February, traditionally celebrates George Washington’s birthday and the general majesty of past Commanders-in-Chief, but in light of this year’s Donald Trump’s presidency, protesters across the country are putting their own spin on things — with Not My President’s Day.

For some Towson students, that means helping to organize a day of art and activism in nearby Baltimore.

The Feb. 20 festivities are set to begin at the Stillpoint Theatre at 2 p.m. with kid-friendly activities like sign making, face painting, cupcake decorating and a workshop for families called “Our Democratic Heritage.” Later in the afternoon are several performances at The Mercury Theatre, followed by a procession to the Crown led by Theatre Women Against Trump, or TWAT.

Performances in the Crown’s Red Room will include several short plays by Towson undergrad students, an ad-hoc group made up of not only theatre majors, but anyone who feels inclined to speak out against the injustices of the Trump administration.

“We want to see what happens when everyone’s in a room together and what we can all create within a couple hours with who’s there,” junior theatre major-turned-event-organizer and student representative Molly Cohen said.

After a few more performances, including one by Towson alum theatre group “The Oven,” is the night’s main affair: a cabaret featuring a litany of musical, comedic, poetic and burlesque performances hosted by Chris Jay, emcee and Best of Gay DC’s Best Drag King of 2016.

For a full list of what you can expect throughout the day, check out the Not My President’s Day Baltimore page on Facebook.

Sam Shelton contributed to this article.