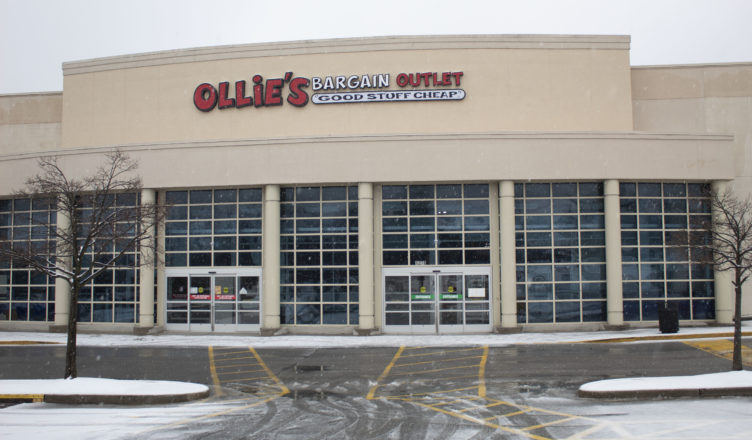 Ollie’s Bargain Outlet, a discount retail store, is set to open a new location in Towson this March.

The franchise, who opened its first location in Mechanicsburg, Pennsylvania in 1982, will open its doors in the Towson Place shopping center, occupying the former space of Toys “R” Us.

The chain has 303 other locations, and specializes in generous discounts on extra or discontinued name-brand items. Products range from houseware to books to electronics and even seasonal items.

Jerry Atland, the chains vice president of real estate, said that it makes sense for the store to be in the Towson area because of the high population in the area.

“We look,  number one, at the population within 10 miles, and number 2, does it have a daily newspaper,” Atland said. “That’s how we get our message across is the print.”

According to Atland, the store already advertises in the Baltimore Sun in order to bring awareness to the store, yet their target market is not necessarily college students.

“We’re looking for homeowners and renters,” said Atland. “But we are in some towns with colleges nearby because students look for the small things.”

TU sophomore Briana Smith thinks opening a discount store near the college is a good idea.

The store, whose slogan reads “good stuff cheap,” prides itself on its working relationship with major retailers and liquidators to get their inventory, and pass the major savings onto their customers.

“We sell name brand products at 30 to 70 percent off  the fancy stores,” Atland said.

Coleman’s only concern with the outlet is that she might be tempted to spend too much money.

“Honestly I would go for one thing & leave with a million dollars worth of stuff because you can find anything in there,” Coleman said.