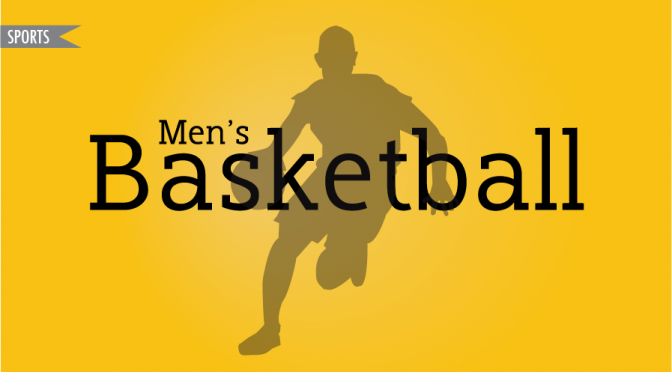 “It’s always good to get a road win,” Head Coach Pat Skerry said. “We missed a lot of free throws, had a bunch of missed free throws and plenty of turnovers. We had around seven or eight fouls, which is something I haven’t seen before. We found a way to get it though and I’m looking for that consistency.

The Tigers (4-3) led the Eagles (2-3) 69-67 after redshirt junior forward Arnaud William Adala Moto hit a pair of free throws with less than two minutes left in the game. However, the Eagles responded with two free throws of their own, which brought the two teams to overtime.

Moto led the Tigers in overtime with six points, including a jumper that gave the team a 75-71 lead with less than three minutes left in the game.

Coppin State came within two points of Towson’s lead, but another jumper from Moto and a layup from sophomore guard Eddie Keith helped put the game away.

Sophomore guard Byron Hawkins led Towson with 20 points, including 11 points from the free-throw line. The sophomore also had five rebounds and four assists.

Moto finished with 17 points and junior forward John Davis had 15 points and led the team with nine rebounds.

“John is probably three-quarters of the way back (from injury) and he’s a key piece to our team,” Skerry said. “In the second half he played like All-CAA John Davis. What’s tricky is that he’s still has to get his condition and timing back down, but he’s a great leader for us.”

The Tigers started the game hot with a 7-0 run from four different scorers. The lead grew to eight points after senior forward Timajh Parker-Rivera made a free throw with less than seven minutes left in the first half.

Coppin State came back with a 13-0 run in five minutes, which gave the team a three-point lead, but a pair of free throws from Hawkins put the Tigers ahead by one-point at halftime.

Towson held a consistent lead in the first five minutes of the second half, but the tide changed when a foul and technical foul from Morsell resulted in four straight free throws for Coppin State. The play gave Coppin State a 55-50 lead with 11 minutes left in the game.

Davis provided a spark for the team the rest of the half with seven points, which helped Towson climb back into the game and get to overtime.

Towson begins a two-game home stretch against George Mason on Wednesday at 7 p.m. and Sacred Heart on Saturday at 2 p.m.