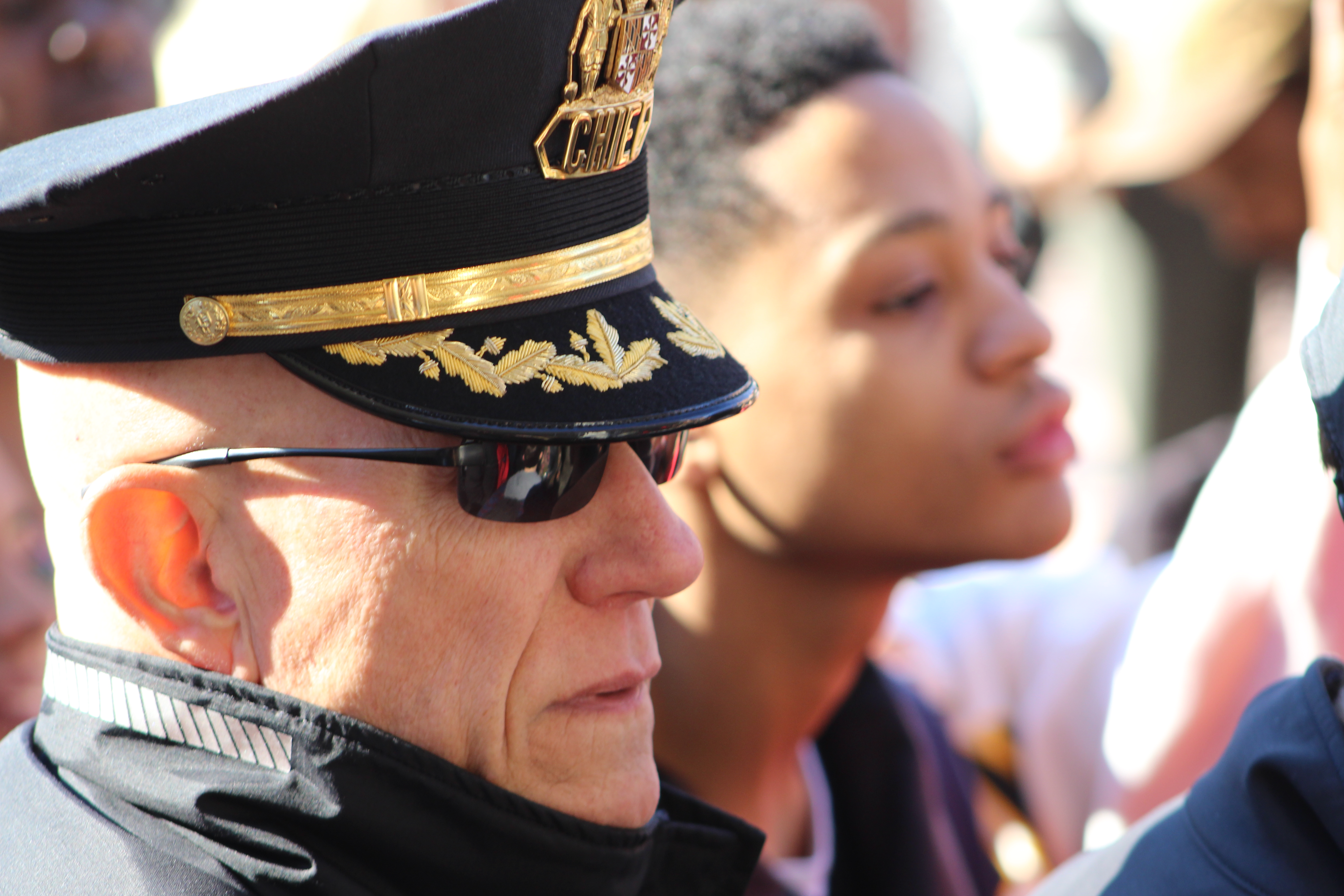 Students Ryan Weigle and Nathan Clark said that police officers are not sufficiently trained to interact with disabled people during their presentation on May 8 in the College of Liberal Arts.

The presentation was the culmination of Weigle and Clark’s semester-long research project on police officer interactions with people with physical disabilities, according to criminal justice professor John Skinner.

Weigle is studying to pursue a career in law enforcement, and Clark is a blind student who is planning to work with victims of crime.

Together, the two presented statistics and cases of police brutality involving disabled civilians to their peers, as well as guests including Sharon Maneki, president of The National Federation of the Blind of Maryland.

Weigle said that he and Clark were inspired to conduct this line of research because there isn’t a lot of existing research on the topic of police interactions with disabled people.

“Basically we wanted to look at what the media thinks, what the current police training is, how it can be better, and basically just trying to spread the word about the whole dilemma of police interacting with persons with disabilities,” Weigle said. “Police are interacting with persons with disabilities and they’re not well trained. They’re not up to the certain standard that they need to be to do it right.”

According to a 2010 report from the U.S. Census Bureau approximately 56.7 million people, or 19 percent of the U.S. population, had a disability.

But, according to a 2015 report by GLAAD, less than one percent of characters on television during the 2015-2016 season had a disability.

Clark and Weigle also presented three incidents involving interactions between police officers and disabled civilians in which the civilian was critically injured or even killed.

One of those incidents was the case of Ethan Saylor, a 26-year-old man with Down syndrome who died in police custody on January 12, 2013 after three Frederick County police officers removed Saylor from a movie theater.

The officers handcuffed Saylor and placed him on his stomach, at which point Saylor had trouble breathing.

In February 2103, the Chief Medical Examiner’s Office in Baltimore ruled that Saylor had died from asphyxiation.

The three officers were put on administrative leave, but were none of them were convicted and all returned to full duty.

Clark and Weigle asserted that a fundamental misunderstanding of disabled people leads to situations like this. They said police training should include deescalation techniques and lessons on properly communicating with disabled people.

“Ryan’s got a desire to work in policing some day and Nathan is in his junior year and would like to work with victims or do some type of counseling,” Skinner said. “So it’s a great time for them to do an independent study project where they have to do some research and present their findings and they both really embraced it.”

At the end of their presentation, Clark explained that being blind is not what characterizes him and that blind people can live the life that they want.

Maneki said it was great to see student activism for the blind and disability communities.

“I think it’s great,” Maneki said. “I think the more people know, the better informed everybody will be. Very sad situations like the ones brought up in the presentation can be avoided and that’s what we want to ty to do.”

As a student leader at The National Federation of the Blind, Clark is passionate about bringing equality for those who are disabled.

“We just want to want to spread the word about people who are blind and our capabilities,” Clark said. “Our motto at the NFB is that we can live the lives we want. Even though there are a lot of myths and misconceptions about blind people, I think that we can overcome that. Just because you’re blind doesn’t mean you can’t do anything.”

Marcus Dieterle contributed to this article. 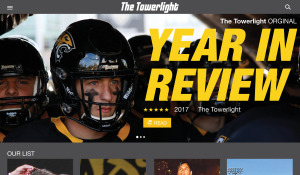 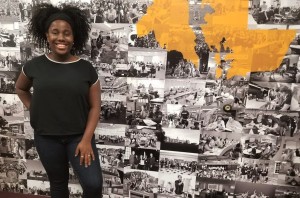