Stories compiled by The Daily Beast

An 18-month-old Berlin child not vaccinated against measles died of the affliction, German health officials announced Monday. Berlin, which suffered an outbreak of measles in October, has since seen 600 cases of the infection.

Vaccination is not mandated in Germany, but a spokeswoman for the German health ministry said that the institution is taking the situation “very seriously.”

The spokeswoman also said that, “If [raised vaccination rates don’t] help, then [the health ministry] will have to discuss other measures.” Since the start of 2015, the United States has seen 154 cases of the measles. In 2000, the U.S. had declared measles eliminated due to vaccination efforts.

A recent study including 1,029 Swedish children between the ages of 7 and 8 suggests that children who grow up in homes where dishes are washed manually may be less likely to develop eczema, allergic asthma and hay fever.

According to NPR, this data supports the still-forming “hygiene hypothesis.”

The hypothesis revolves around the idea that “people in developed countries are growing up way too clean because of a variety of trends, including the use of hand sanitizers and detergents, and spending too little time around animals,” according to NPR. The hypothesis suggests that, due to lack of exposure to bacteria and microorganisms, children have weaker immune systems.

An American agave plant housed in Ann Arbor since 1934 has only weeks to live, according to its caretakers. Preceding its flowering last year, the plant grew to 28 feet. Shortly after, the agave took a turn for the worst, something that’s normal for its species, according to University of Michigan’s Matthaei Botanical Gardens horticulture manager Mike Palmer. The American agave usually lives anywhere from 10 to 30 years.

“We don’t know why it took ours so long to bloom,” Palmer said. 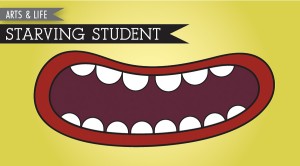