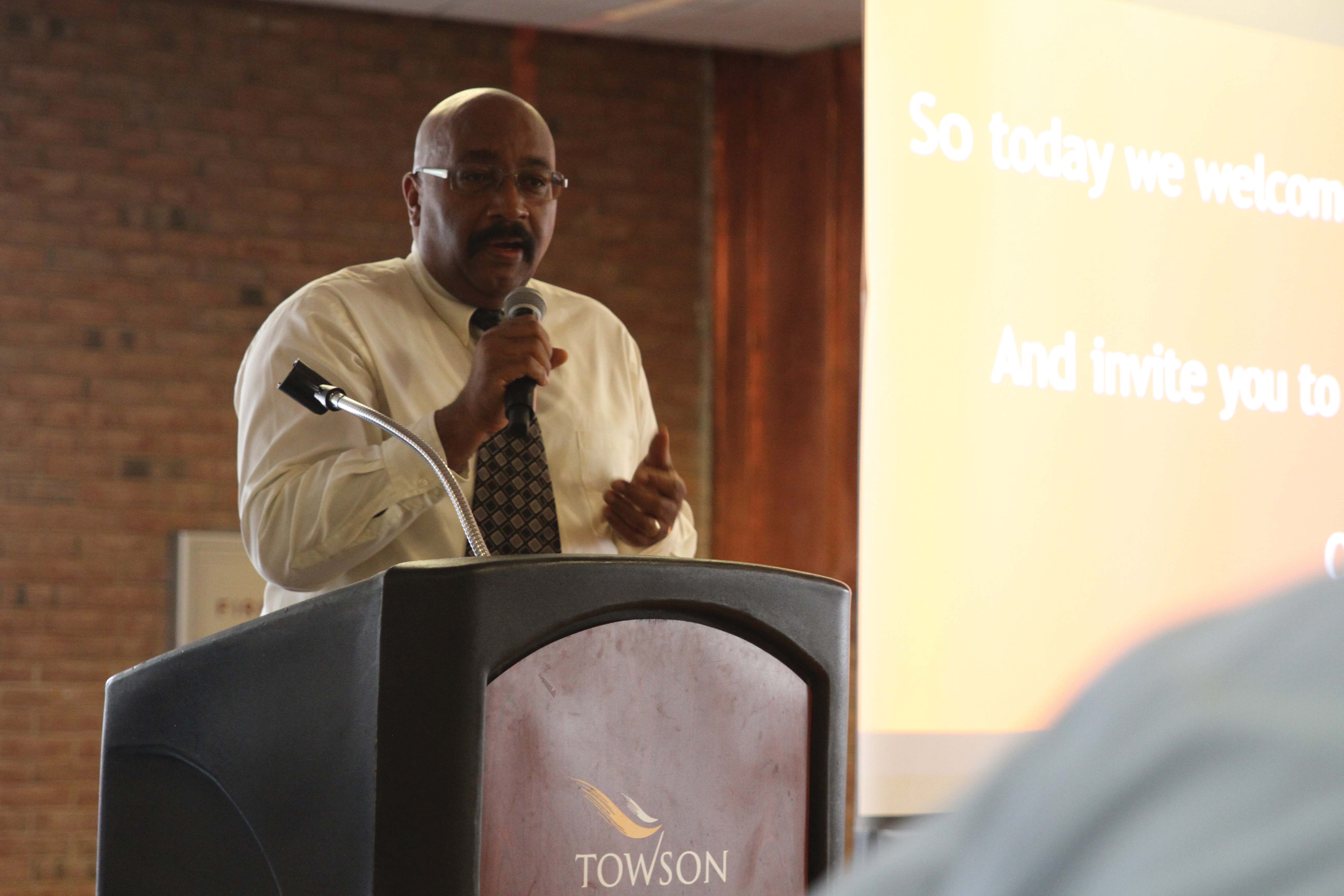 Students and staff were encouraged to network and make connections at the Black Faculty and Staff Association’s second annual welcome reception Sept. 1 in the Potomac Lounge.

Following an hour of networking, guests were invited to enjoy performances from students and to listen to speakers from both inside and outside of the association.

“We’re going to try to get in touch this year with who we really are,” Evans said. “We can’t fix today’s problems with yesterday’s answers.”

Student advisor James Armstrong from the Department of Mass Communications and Communication Studies led a “Spirit of Remembrance Ceremony” in which he used the pouring of water as a metaphor to honor the guests’ ancestors and those who helped them get to where they are today.

“If you look around, you’ll see that it’s not just black faculty and staff,” BFSA committee member LaVern Chapman said. “We also engage everyone because we want everyone to be a part of it.
“Everyone is a part of this community, and a part of any concerns that we may have on campus.”

“BFSA is poised for another banner year,” Rountree said. “We commit this year to taking risks, exploring, and interacting.”

BFSA Vice President Trevor Kuntz expressed his support for an inclusive campus that supports all community members coming together as one.

“Diversity is necessary and strengthens Towson as a whole,” Kuntz said.

“Even though it’s a faculty, staff association, we also interact with the students and engage them in a number of our events,” Chapman said. “The whole idea is to promote teamwork, foster an environment of mentorship, collaboration across the campus, through a number of events and programs, and to talk about issues that wouldn’t necessarily be discussed – very sensitive issues. On the other end, just to network, engage and enjoy each other and get to know each other. I think it’s two-fold.”

During the reception Towson University President Kim Schatzel said “When I heard it was the year of change, I said ‘Damn straight it is.’ We will make that change, and we’ll make it continue.”