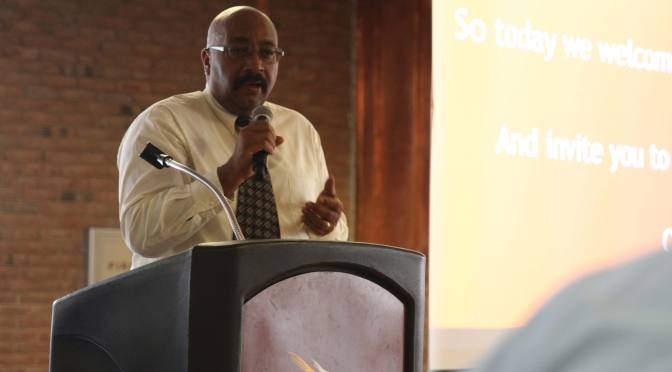 Black Faculty & Staff Association President Barry Evans says that people have a habit of walking past each other without saying ‘hello’ or getting to know people in their physical lives rather than just on social media. He wants to break that pattern.

And at the BFSA’s “Unifying the Village” Black History Month kick-off Feb. 1, community members of diverse backgrounds focused on communicating through honest conversations.

“The truth is that people have gotten to the place where they presume relationships when they don’t really have them,” Evans said. “We have virtual relationships.
People are more connected with somebody on Facebook than they’re connected to the person next to them.”

Attendees filled out a chart with characteristics about themselves that they felt were easily noticeable — like race, gender, physical attributes — and characteristics that other people may not immediately notice: likes/dislikes, pet peeves, skills.

After taking a moment to consider their own identities, attendees paired off with one another to share a moment when they felt pride or pain about each of those characteristics. The exercise was then repeated multiple times with different people.

During the event, religious leaders led the audience through Christian and Muslim prayers. Audience members also joined together to sing “Lift Every Voice & Sing” and “Amazing Grace,” both of which have strong connections to Black culture.

TU’s inaugural Vice President of Inclusion & Institutional Equity Leah Cox asked the audience to consider how they define their own identity, how they define Towson as a community, and how the two fit into one another.

“We’re all a part of this group, this community, this village,” Cox said. “But our identities are intertwined.”

Cox called on Towson to “share, accept, explore, engage and step back” as they work to create a collective village and become more unified.

“I want to be part of the change that happens at Towson because it’s really exciting,” she said.

Kalima Young, an electronic media and film lecturer at Towson, opened her speech with a quote from writer and activist Audre Lorde: “Caring for myself is not self-indulgence, it is self-preservation, and that is an act of political warfare.”

“When we care for ourselves, we are protesting, we are resisting,” Young said.

Young said African-Americans live in a world that is built on their oppression. She emphasized the importance of self-care as a response to current pain, but also ancestral pain which she believes current generations continue to feel.

Young said that a woman is born with every egg she will ever have, and so she carries her family’s entire history with her.

“Not only did your mother carry you, so did your grandmother, so did her mother,” she said. “Energy flows both ways.”

Young closed her speech with another quote, this time from novelist and social critic James Baldwin: “It seems to me that one ought to rejoice in the fact of death – ought to decide, indeed, to earn one’s death by confronting with passion the conundrum of life.”

Vincent Thomas, an associate dance professor, performed a dance piece in accompaniment with the poem and the sounds of somber trumpet music.

“I learned to not judge people and to just hang out with them, to get to know people more and I stepped out of my comfort zone a lot,” freshman Tim Fletcher said.

Fletcher, an undecided major, plans to take some of the lessons from the event into his everyday life to learn more about other people and their perspectives.
Freshman music major Jemeyah Bagby saw the event as a great time to reflect on how she interacts with other people.

“I think that’s an important thing, going to college and meeting people and not being afraid to try to communicate,” she said.

Evans wants people to get to know the core of the person they’re meeting rather than merely assuming who that person is.

“The reality is that we have a lot more in common than what the outside says,” Evans said. 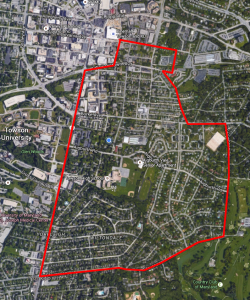 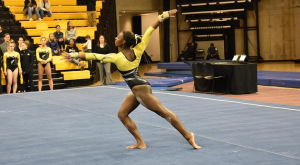