Upon his arrival to the Oval Office, President Joe Biden has a four-year heap of inept and erroneous policy to unearth and correct. Biden began by immediately reinstating the United States into the Paris Climate Accord, ended the travel ban placed against countries with large Muslim populations and prevented the continuation of the Keystone XL Pipeline. He has also already proposed another stimulus bill to help struggling Americans disastrously impacted by the economic effects of the COVID-19 pandemic.

I must say, a return to an executive who treats the office with its historic, intended purpose is a weight lifted off of this country’s shoulders. After the complacency I have felt for years reading abhorrent headline after headline, there is a sense of calm. Twitter will no longer be the mouthpiece of the most powerful person in the world.

Whereas former President Donald Trump treated the office as a platform for self-aggrandizement, it’s clear to me that Biden has already proven himself as a leader that will bring aid to the disenfranchised and disillusioned. He presents a new chapter in American politics that will bring us back to the root of democratic virtue. America has long perched itself as a model for the democratic process, but the raid of the Capitol and many other events under the Trump administration eroded such a contention.

Yet Biden has promised to bring a return to the idealism we have cherished for centuries. The footholds he has established after just a few days brings us back to that scaffolding. Still, nevertheless, there are tumultuous levels of work to be done in order to restore the image of America as a paragon for exceptional practices, and I firmly believe Biden is the leader who can lead us past the chasm created over the past few years.

Unfortunately, once again, the incoming Democrat is inheriting a disarrayed country. Biden must overcome an economic collapse reminiscent of the Great Depression. Much like former President Barack Obama and Biden had to overcome the Great Recession of 2008, Biden must now overcome economic turmoil and establish an economic framework that will aid Americans that were hit hardest by the economic difficulties caused by COVID-19. The stimulus package proposed by the administration is a step in the right direction, but it will take years of hard work. However, due to the early steps already taken I trust this administration will do what is right by the people it is sworn to protect.

Given the strains plaguing the healthcare system over the past year, it will be imperative for President Biden to extend medical benefits for the working class who may not have access to the health benefits of the more affluent. The Trump administration, after four years of attempting to eliminate benefits awarded by the Affordable Care Act, was unable to erect a new healthcare policy. Among the many other things affecting this nation, the Biden administration will also attempt to pass legislation offering health coverage to every American unable to receive the human right to well-being. Lawmakers such as Senator Bernie Sanders (I-VT) have long advocated for a bill that would allow medical access to all Americans regardless of economic standing. If President Biden backs such a proposal he would demonstrate a changing of the guard in American politics that would bring forth a reckoning. I believe such determinations have to become transparent. Regardless, having a leader willing to take steps to mend bridges broken by a previous administration speaks to an optimism foreign to me for years now. 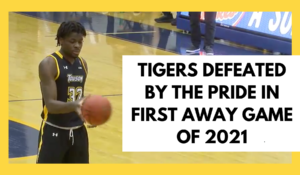