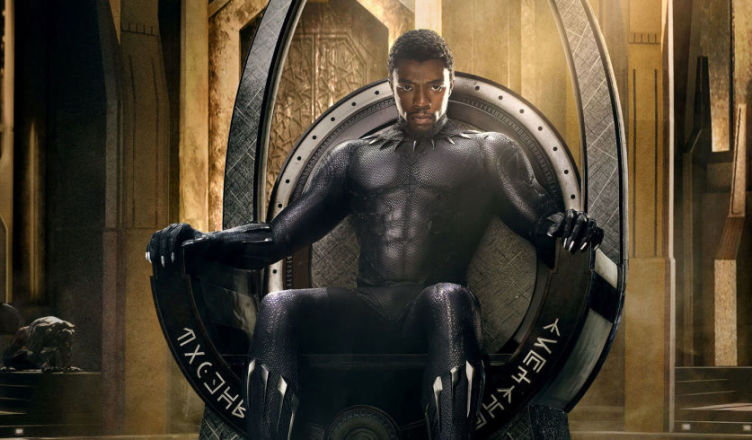 As the copious Marvel dynasty continues to expand going into 2018, and as I reflect on the universe it has built and the varying heroes who protect it  –  from mutants to raccoons, soldiers to mercenaries, and Gods to robots – the MCU has created guardians out of people and creatures of all kinds, to the point where it seems ludicrous and rude that it has taken this long for them to star a black superhero on screen. But it seems that good things come to those who wait, as “Black Panther,” with its memorable cast, radiant sights and collection of spirited action sequences, is the company’s greatest investment to date.

It is also its most momentous – for even in a film that features armored rhinos and hidden utopias, director Ryan Coogler’s (“Creed”) phenomenon brings an entirely different level of actuality and sophistication to the crime fighting genre. “Black Panther” speaks as confidently on issues like racism, political discourse and global selflessness as a Spike Lee production, while still managing to provide the fun and lightheartedness we have come to expect from these Marvel movies.

Chadwick Boseman stars as T’Challa, who is crowned king of the African nation of Wakanda after the death of his father – which occurred during the character’s last appearance in “Captain America: Civil War.”  Wakanda is known to the rest of the world as nothing more than a struggling state, but really, thanks to its secret wonder, vibranium, a meteorite-bred metal of immense power (best known, until now, as the substance which makes up Captain America’s trademark shield), it is a breeding ground for incredible technological innovations. It is actually decades ahead of everybody else.

T’Challa, who now carries the burden of harboring this undisclosed possession, also must keep it away from those few who not only know about it, but who want to take it: the first is arms dealer Ulysses Klaue (Andy Serkis), who is still on the run after pulling off a successful heist years ago, and the other is Michael B Jordan’s vicious mercenary Erik Killmonger, whose body is stippled with scars representing his kill count.

Killmonger and his vengeful agenda, which includes a takeover of the Wakandan throne, are perhaps the most grounded and questionably well-intentioned actions of any superhero villain to ever hit the screen. Just as his father before him (Sterling K. Brown), Killmonger interprets Wakanda’s discreet possessiveness of vibranium as sinfully selfish, and that the powerful metal should be used to help those struggling “that look like [them].” While T’Challa grew up in the luxuries Wakanda bathes in, Erik grew up alone in Oakland, a setting which Coogler as a director is no stranger to, and one that adds the emotional and political depth that puts this comic book film ahead of its many predecessors.

Jordan is sensational as this misguided activist, and is the headliner of an incredible supporting cast which includes Lupita Nyong’o as Nakia, a savior of the poor and T’Challa’s love interest (“I never freeze,” he says before freezing at the sight of her), Letitia Wright as Shuri, the young king’s hip sister and the Q to his Bond, and Danai Gurira as Okoye, one of Wakanda’s bravest and most dedicated protectors. These three ladies dominate the film’s energy throughout, even when Boseman is onscreen with them, and this is all without mentioning Daniel Kaluuya (“Get Out”), Martin Freeman, or Forest Whitaker – whose recent string of subservient roles indicates that he is enjoying these hefty Marvel and “Star Wars” paychecks.

“Black Panther” is also incredible to look at, with its most impressive sight being the metropolis of Wakanda itself. Hiding beneath the camouflage of a forest, the city, which hosts a floating railroad system that winds around great stone towers, manages to be both ancient and futuristic simultaneously. The site acts as a mine, a kingdom, and a battleground, and is possibly a hint at what we have in store for us in the future (hopefully!).

“Black Panther”, in the ways it addresses themes of race, identity, and gender, will be just as, if not more culturally significant than “Wonder Woman” was last year, especially for those who have been historically marginalized in society. And given how easy it is to watch and the established platform it has in the Marvel Cinematic Universe, it will have no problems distributing those messages to people of all races, creeds and colors.