“The Big Sleep” has been called a classic in the mystery genre and as a movie; it is the benchmark for film noir. It is a part of culture, even if its prominence has been muted by time and shifting ideals.

Set in Los Angeles in the 1930’s, “The Big Sleep” is told from the point of view of Philip Marlowe, a perpetually broke private eye, who is better at detective work than the local police force. He is also excellent at getting himself into — and out of — sticky situations.

The story begins simply enough. Marlowe is summoned by a wealthy, retired war general to find out why one of his daughters was paying exorbitant sums of money to a man he had never heard of. From there Marlowe gets tied up, literally, in a dirty book hustling ring, three murders, blackmail and attempted murder of the general’s elder daughter after she gambles the local casino out of money.

What puts “The Big Sleep” into perspective for me was the realization that pornography was illegal, and alcohol was actually hard to come by unless you had enough money or firepower to make people stop asking questions. Driver’s licenses were not mandatory, and while they aren’t now, it is extremely difficult to imagine anyone over the age of fourteen without one. While Marlowe’s investigative methods seem completely archaic, they were actually contemporary, as well as more effective than official law enforcement.

“The Big Sleep” was fun. Being from Southern California, it was great to read about places I knew from a working historical perspective, even in a work of fiction. What I liked best about “The Big Sleep” is that it’s not front-to-back fluff and Marlowe makes profound observations throughout the novel that keep readers engaged the whole way through. 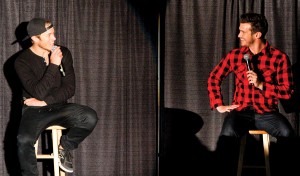