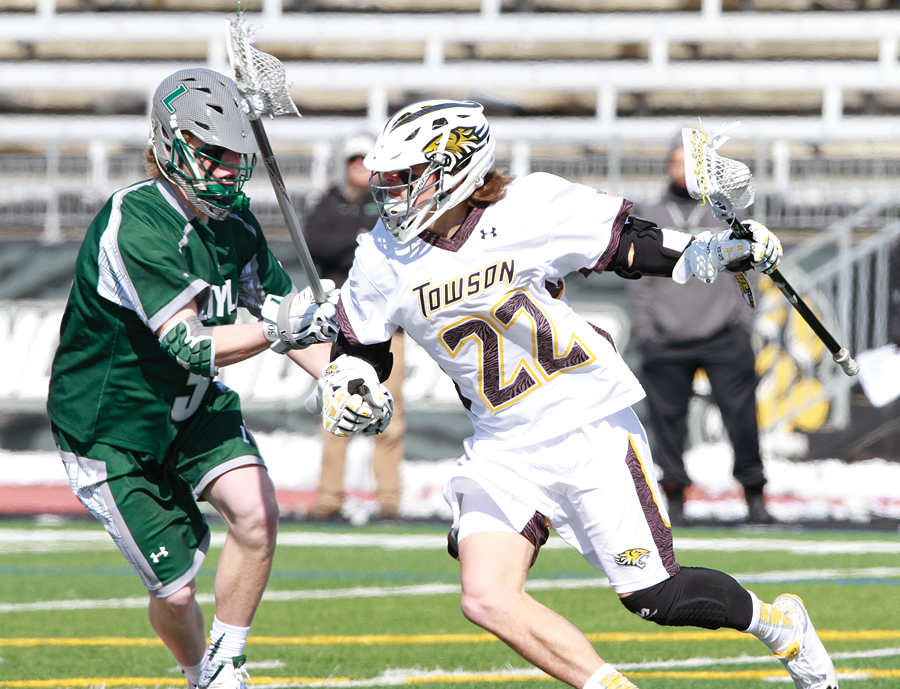 Redshirt senior attacker Max Siskind’s four goals led the No. 18 Towson Tigers to a 9-8 win over the Binghamton Bearcats on Saturday in Binghamton, New York.

It was Siskind’s first start of the season. Head Coach Shawn Nadelen’s offense had been changed up due to redshirt senior midfielder Andrew Hodgson’s foot injury.

“Max [Siskind] has got experience and he’s not someone that has just been thrown in there,” Nadelen said. “He did a good job finishing for us today and he’s a hustler.”

The Tigers (6-3) opened the first quarter with a 3-0 lead. Sophomore attacker Ryan Drenner had two goals and junior attacker Spencer Parks had one goal.

Binghamton (2-4) scored three goals in the second quarter and both teams went into halftime tied at 5-5.

Siskind scored the go-ahead goal in the second half, but the Bearcats tied the game with the only other goal of the third quarter.

However, Siskind put Towson ahead with two straight goals in the fourth quarter, which helped the team pull away.

Sophomore attacker Joe Seider, who finished the game with one goal and one assist, complimented Siskind’s play on the field.

“The loss of [Hodgson] made it much harder to get the offense going, but Max [Siskind] is the best finisher on the team,” he said. “It helps a lot being able to get the ball to him in the middle and know he will score.”

Hodgson, who has 15 goals this season, said he’s not sure how long the foot injury will keep him out and that he is taking it day by day.

Drenner finished the game with three goals and sophomore midfielder Alec Burkely won 9 out of 16 face-offs.

Towson moves onto the Colonial Athletic Association portion of their schedule, preparing to take on the Massachusetts Minutemen (3-5).

Nadelen said all games count the same in the season, but the familiarity between the CAA teams sparks better play.

“We always expect to play at a high level, but these games always bring a sense of beef between the teams and it creates some good competitive lacrosse,” he said. “The intensity goes up a bit, but we still want to play at our best.”

The Tigers take on the Minutemen at Johnny Unitas Stadium on Saturday at noon.