After what seemed like the shortest and most exciting offseason of all time, NASCAR is back for the start of the 2021 season in February.

The first race of the year is still three weeks away, but preseason activities have already started. Until the cars actually hit the track, I think it might be best to take a look at the season ahead of us and preview the 50+ drivers and teams that will be chasing the championship. Now, obviously, I can’t fit all 50 into one column, so I’ve decided to break it up by the manufacturer. Chevy gets first dibs as they are a personal favorite, while Ford and Toyota will have to wait their turns.

Now, without further ado, let’s take a look at how the Chevrolet teams stack up for 2021:

With seven-time champion Jimmie Johnson retiring in the off-season, the rebuild has been completed. Hendrick Motorsports is now a team led by its youthful core of drivers and based on last year’s results, it’s safe to say they are on the upswing. Chase Elliott returns to defend his 2020 NASCAR Cup Series championship, and he is supported by teammates William Byron and Alex Bowman. The latter two had solid campaigns last season, with Bowman scoring career win number two and Byron getting his first career victory at Daytona.

Now, I do need to address the elephant in the room. With Johnson gone, Hendrick has signed his replacement. It could be Kyle Larson, one of the most talented race car drivers on planet earth. However, Larson does come with baggage. He was suspended all of last year for using a racial slur during a Twitch stream. It’s a gamble to sign him, and personally, I’m not so sure it’s a good idea considering how many sponsors Larson lost due to his actions. We’ll just have to wait and see.

When Larson was suspended last season, his old team fell apart. CGR entered 2020 looking to win their first title in team history. However, with Larson out, veterans Matt Kenseth and Kurt Busch failed to spark a title and ended their seasons with a whimper.

Things are looking better for this season, though. Kenseth has retired, opening the door for former watermelon farmer and fan-favorite Ross Chastain to take his place. Busch will return for another year to pursue a second championship, and, considering that CGR now fields two of the most aggressive drivers in recent NASCAR history on their roster, I think it’s safe to say they might be headed for a better year.

It’s been hard to watch my favorite team spend race day outside the top-20 these past few years, but RCR, one of NASCAR’s most storied teams, is feeling something they haven’t felt in a long time: hope. That hope springs from a shocking 1-2 finish at Texas Motor Speedway last summer, and a Cinderella run in the playoffs.

Sophomore star Tyler Reddick will be searching for his elusive first-career win, and veteran Austin Dillon has high expectations after his unlikely playoff run. The key will be to minimize mistakes on the track and in the pits. After all, it was a motor issue that ended Dillon’s championship hopes last year.

2020 sucked for everyone and JTG got the full brunt of it. The two-car operation suffered through a miserable season that saw multiple crashes, a string of last-place finishes for Ryan Preece’s #37 car, and, on the bright side at least, a Daytona 500 pole for Ricky Stenhouse Jr.

Don’t expect 2021 to be any better. The team gave up one of their charters in the offseason, meaning that Preece is no longer automatically locked into the starting grid for each race and with the performance of both drivers not improving over the course of last year, I think it’s safe to say that another year in the basement awaits JTG.

My how things have changed for Spire. The once laughed-at organization has now expanded to a two-car effort for 2021, and both will be full-time. Veteran Corey Lajoie brings much-needed experience to the #7 entry, and the #77 will see a mix of drivers with Justin Haley starting for much of the year. The biggest thing going for them though? Former Daytona 500 winner Jamie McMurray will come out of retirement to drive the #77 for Daytona, giving Spire a legit shot at winning the Great American Race.

Richard Petty Motorsports: While Bubba Wallace may have left, NASCAR’s most famous team has found a solid replacement in Erik Jones. Now the question is whether enough sponsorship exists to keep this team afloat.

Kaulig Racing: The Xfinity Series team that took 2020 by storm will be making their first foray into the Cup Series, with Kaz Grala and A.J. Allmendinger, two underrated drivers, in my opinion, sharing seat time.

Trackhouse Racing Team: One of NASCAR’s newest teams got a big upgrade in the off-season. Joining team boss Justin Marks and driver Daniel Suarez will be a new owner,  Mr. Worldwide himself, international superstar Pitbull.

Check-in next week as we preview the Ford teams. 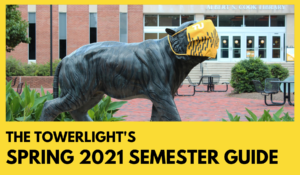