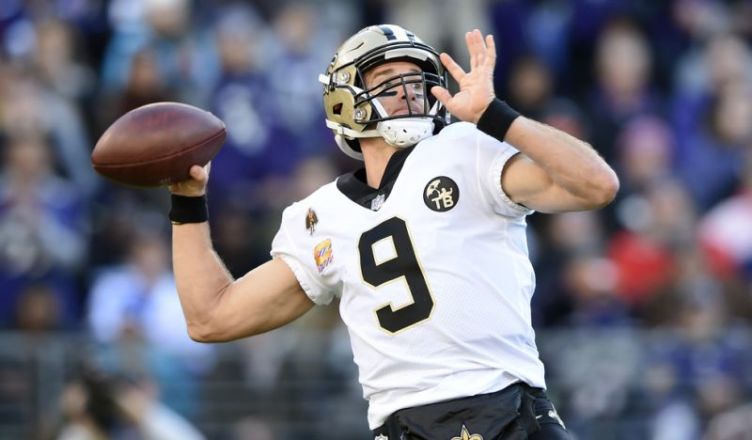 Throughout his life in football, New Orleans Saints quarterback Drew Brees has dealt with waves of doubt over his ability to be a successful quarterback in college and the NFL. Critics said Brees was too short, lacked the necessary arm strength to win, and his collegiate achievements were because of the spread system used at Purdue University, one of only two colleges to offer him a scholarship. Because of these concerns, Brees fell to the second round in the 2001 Draft before being selected by the then-San Diego Chargers.

The hurdles did not stop there, as Brees had to compete with a mainstay in the league, Doug Flutie. After winning the starting job over Flutie, Brees had a new competitor in 2004 first round pick, Philip Rivers. Despite leading the Chargers to a 12-4 record in the 2004 season, Brees was only given a one-year contract, which San Diego followed up with an incentive-filled contract in 2005 that Brees rejected as he entered free agency. Brees had a contract lined up with the Miami Dolphins, but it fell apart amid concerns over his injured shoulder, leading him to sign with the Saints.

Brees’s early years in New Orleans were positive, as he set the franchise record for passing yards in a season in each of his first three years, including becoming the second quarterback in league history to throw for over 5,000 yards in 2008. The 2009 season was a year of dominance for Brees as he set the NFL record for completion percentage and helped lead the Saints to a 13-0 start, culminating with a victory in the Super Bowl, where Brees was named MVP.

Following a down 2010 season, Brees returned to form in 2011, breaking Dan Marino’s single-season passing yardage record which had stood for nearly three decades. Between 2012 and 2017, Brees continued to put together seasons of 4,000 or more yards, including three more seasons of at least 5,000 yards. Brees would also break his own record for completion percentage during the 2017 season.

In 2018, the national spotlight put its focus on Brees as he neared the all-time passing yardage record held by Peyton Manning. He would set the record in the Saints week 5 victory over Washington. Brees currently holds four all-time NFL records, two single-season records and a chip on his shoulder the continues to fuel a remarkable career.