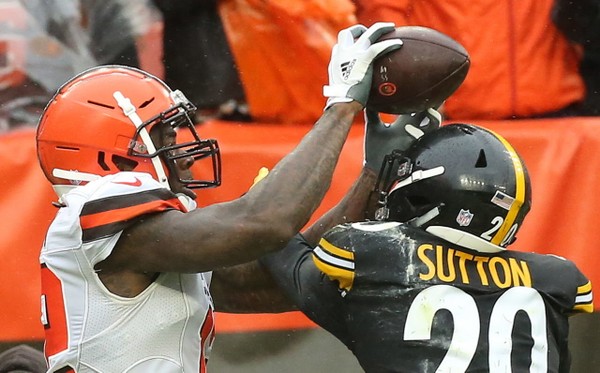 Since their franchise returned in 1999, the Cleveland Browns have been notorious for seasons of futility. Boasting only one playoff appearance since their emergence from the ashes of football past, their fans are accustomed to being the laughing stock of the NFL. However, the previous two seasons put the unwavering loyalty of the Dawg Pound to the test.

Following an abysmal 1-15 record in 2016, the Browns traded their second overall pick in the draft to the Philadelphia Eagles. The Eagles would use that pick on quarterback Carson Wentz who now draws MVP aspirations as the Eagles are the defending Super Bowl champions. Nevertheless, Browns fans knew it couldn’t get any worse than that, right? The 2017 season somehow went a step further with Cleveland going 0-16, becoming just the second team to go winless in the modern 16-game schedule.

This time, Cleveland held on to their first overall pick and drafted quarterback Baker Mayfield. Along with that pick, the Browns made numerous free agent signings that have sparked a new energy among their local fans. When they were chosen to be the focus of HBO’s Hard Knocks series this year, the team was thrusted into the national spotlight.

The Browns took this energy into their opening week matchup with the division rival Pittsburgh Steelers. Upon kickoff in wet, rainy, and miserable conditions at FirstEnergy Stadium, Cleveland was looking to snap a 17-game losing streak. The game was a brutal, back-and-forth affair with the Browns needing a 14-point comeback to tie the game at 21 late in regulation. The end of the 4th quarter and the overtime period saw multiple plays that shifted toward and away from the Browns getting their first win since Christmas Eve in 2016.

Quarterback Tyrod Taylor’s pass was intercepted at the Pittsburgh 8-yard line with 23 seconds left in the 4th quarter. Pittsburgh kicker Chris Boswell missed a 42-yard field goal with 1:47 remaining in overtime. Cleveland recovered a Ben Roethlisberger fumble and returned it to the Pittsburgh 12-yard line before a penalty on the Browns placed the ball at the 25-yard line. Cleveland sent out their kicker, Zane Gonzalez, for a 43-yard field goal, which was not an easy task given the weather. As Browns fans waited to begin a long-awaited celebration, Gonzalez’s kick was blocked by Pittsburgh’s T.J. Watt, leaving the game still tied at 21 with 13 seconds remaining. Pittsburgh failed to move the ball further and the game ended in a tie.

Following the departure of Lebron James to Los Angeles and the Indians still failing to win a World Series since 1947, the Browns have an opportunity to rise to the top of the ladder among Cleveland sports teams and become the talk of the town. Browns fans might have a bitter taste in their mouth from being so close to beating a rival team that has taken advantage of their futility for so long but knowing that the losing streak is over is the first step in that process of reviving Cleveland’s football team.