On Sept. 21, the NASCAR world received one of the most unexpected pieces of news I can recall. Michael Jordan, the undisputed GOAT of basketball (sorry LeBron fans), announced that he would be partnering with current NASCAR Cup series star Denny Hamlin to field a full time entry for the 2021 NASCAR season.

I can’t stress how unexpected this announcement is. NASCAR is an industry in which secrets are hard to keep. When drivers and teams announce their plans for the next season, the fans usually already know. Us journalists make it hard for teams to surprise everyone anymore.

But this? This is completely out of nowhere.

Well, not entirely. Jordan has been a NASCAR fan for most of his life. Growing up in North Carolina, Jordan often attended races with his father. Michael’s college team member, Brad Daugherty, is a stock car nut, and currently owns a Cup Series team. Jordan has been good friends with Hamlin since 2006.

With Monday’s announcement, Jordan becomes one of very few black team owners in NASCAR history. And he’ll be one of just two majority owners, joining NASCAR Hall of Famer Wendell Scott, the only black driver to win a race in the Cup Series.

As for the driver of this new Jordan/Hamlin partnership, the wheel will be taken, fittingly enough, by NASCAR’s only black driver in the top racing series, Darrell ‘Bubba’ Wallace Jr.

Well deserved, if I say so myself. Wallace has had one hell of a year (Haven’t we all?).

Wallace has been racing in the Cup Series since 2017 for Richard Petty Motorsports. His results are spotty, but considering he’s driving for an underfunded, underpowered team, the fact that he’s managed multiple top-10 finishes across the season is nothing short of a miracle. He’s not the greatest driver, but he’s much better than his results show.

It’s what has happened off the track that has defined Wallace in 2020. Wallace has been the leader of a sweeping social movement in NASCAR. Back in June, he led the call for NASCAR to ban the Confederate flag from its properties. NASCAR responded by doing so, drawing the ire of many fans stuck in the 1800s.

Since the ban, NASCAR and Wallace have been under constant attack from the more deplorable corners of the NASCAR fan base. At Talladega in June, fans formed a blockade around the entrance to the track with confederate flags. A plane towed a sign overhead with the words “defund NASCAR”.

And then there was the noose incident. During the Talladega race weekend, one of Wallace’s pit crew members discovered that the garage door pull rope in Wallace’s garage stall had been fashioned into a noose. NASCAR and the FBI conducted a hate crime investigation, and ruled several days later that the noose had been there since the last race weekend in October.

Phew! False alarm. It was just a misunderstanding. Unfortunately, not all of the NASCAR world sees it that way.

Since the incident, Wallace has been labeled a ‘race-baiter’, ‘false-flagger’, and has been belittled non-stop by right-wing media outlets. He’s been called ‘Bubba Smollet’, referring to the actor Jussie Smollet who faked a hate crime in 2019. Boos have rained down on Wallace at the few races fans have been allowed at. And after Wallace crashed out of NASCAR’s All-Star Race at Bristol, Truck Series driver Austin Wayne Self tweeted out one single word.

Well, I think that Wallace got the last laugh. Because next season, he’ll be driving for a financially stable team with a celebrity owner with an appreciation of the sport he’s entering. He’s quickly becoming the face of NASCAR, and there’s been a noticeable increase in black fans showing up to races since he joined the sport.

Now, I’m not going to sugarcoat the fact that new teams generally don’t do well during their first season. It’s going to be a learning curve for both Jordan and Wallace.

But I have faith in them. As Jordan himself said:

“I’ve failed over and over and over again in my life and that is why I succeed. My attitude is that if you push me towards something that you think is a weakness, then I will turn that perceived weakness into a strength. If you quit once it becomes a habit. Never quit!” 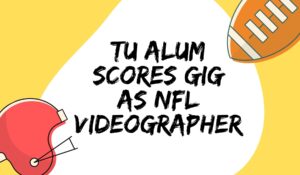