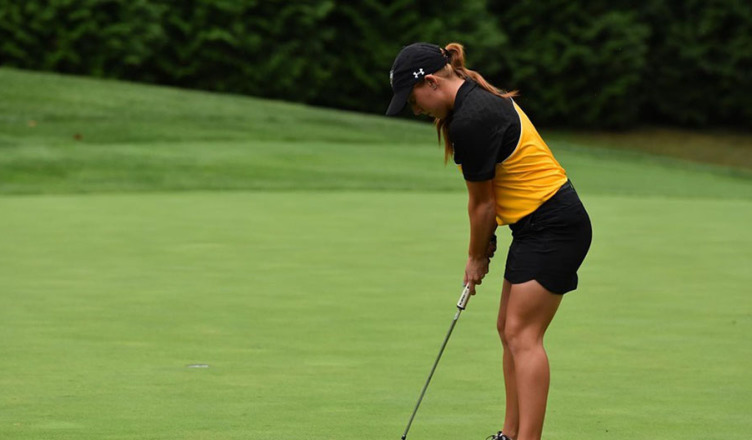 By: Will Villatoro, Contributing Writer

Towson began its spring campaign with sophomore Jenny Buchanan leading the way with a career round at the Kiawah Invitational Sunday. During the three-round, 43-school tournament, Buchanan tied a school record by carding a three-under 69.

“It means a lot to me to tie the school record,” Buchanan said. “I’ve been working hard on making sure that I am 100 percent committed to each shot before I hit it.”

Three of Buchanan’s four birdies occurred on the front nine. Overall, she notched in 13 pars.

“I am happy for Jenny,” Head Coach Kate Schanuel said. “She has really worked hard on her game over the last year and a half. It was just a matter of time before she would break 70.”

Out of the 232 participants Sunday, Buchanan was tied for third overall, but she wasn’t the only Tiger who performed well. Sophomore Alix Lowe and junior Alexis Hios carded a five-over 77.

Lowe led the team with 14 pars and Hios added two birdies. Senior Stephanie Bosdosh and freshmen Josephine Jung were eight over par on the day.

The Tigers continued their tournament play Monday at 9:15 a.m., and the tournament will conclude Tuesday. Look for continued coverage online at thetowerlight.com.