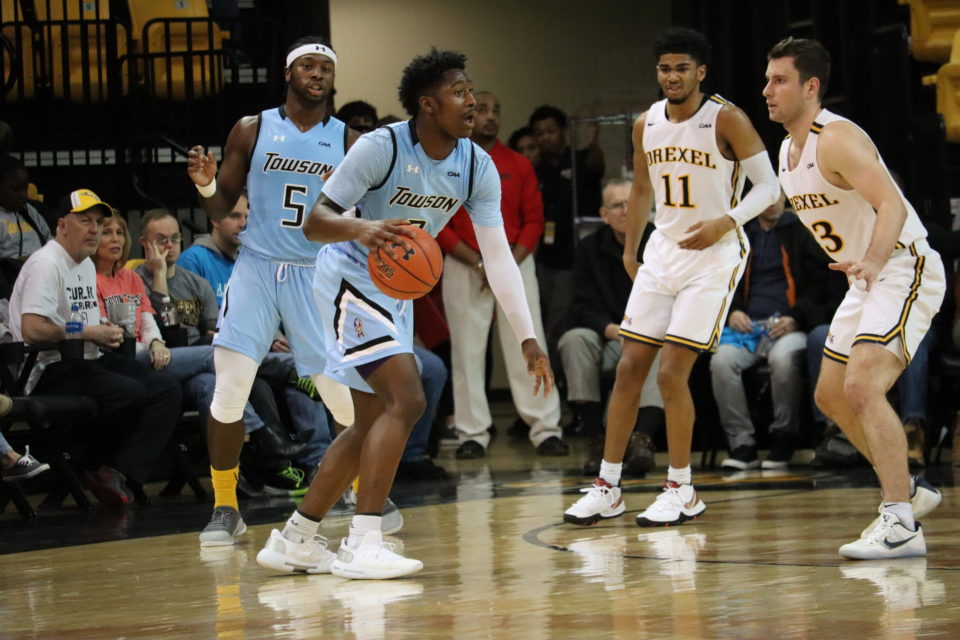 “Any time they had a little bit of a sniff of hope, TJ just made big shot after big shot,” said Head Coach Pat Skerry. “I’ve really been pleased with his growth over the last few weeks. He is certainly a starter, but for a team that has been struggling to score offensively, he’s coming off the bench and giving us a boost.”

Junior guard Brian Fobbs was right behind Howard in the box score finishing with 25 points, including a pair of highlight reel dunks. Redshirt junior forward Nakye Sanders recorded his second double-double of the season with a career-high 17 points and 10 rebounds.

“What we all saw today was when Nakye does not foul, how incredibly productive he can be for us along with Howard and Fobbs,” Skerry said.

Towson never looked back from its 46-19 halftime lead, marking the first time Towson has held a team below 20 points in the first half since a 2016 game against Loyola.

The Tigers’ matchup against CAA rival Delaware was a different story.

With under 15 seconds left in the second half, Howard knocked down a transition three-pointer with 12 seconds remaining to cut the deficit to three.

The Tigers forced a turnover on the very next play. Falling out of bounds in the corner, junior guard Brian Fobbs hoisted up a highly contested, off-balance three-pointer that miraculously went in to send the game into overtime.

After a low-scoring first overtime, Delaware was able to pull away in double overtime to secure the 78-71 win.

Fobbs had an impressive showing, scoring 29 points and grabbing nine rebounds. Redshirt junior forward Dennis Tunstall was a force on the boards, hauling in a career-best 21 rebounds. Tunstall etched his name in program history as the ninth Tiger to record at least 20 rebounds in a single game.

“Our defensive numbers are outstanding, and we have been guarding at a high level,” said Skerry.

Next, Towson will complete in its final regular season road trip against league-leading Hofstra on Thursday at 7 p.m. in Hampstead, New York followed by travelling to Boston, Massachusetts to take on Northeastern on Feb. 23 at 12:30 p.m.

Both games can be heard on CBS Sports Radio 1300 AM with Spiro Morekas on the call. 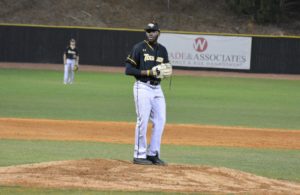