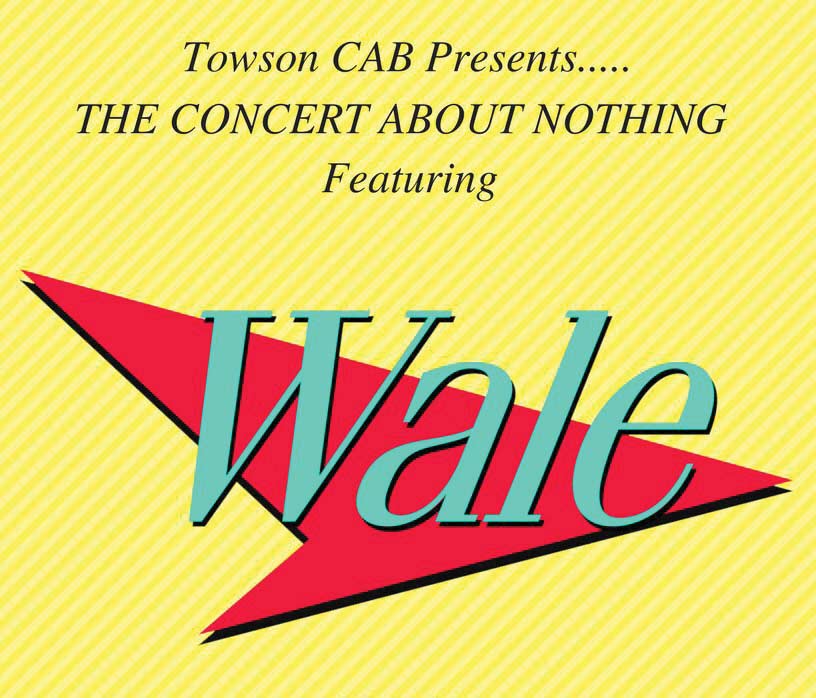 Rap artist Wale will be performing at Towson University on Dec. 1.

“The whole entire board came to a consensus,” said McDonald, a senior English secondary education major. “We had a list of people within our price range and Wale initially was a little bit outside of our price range, but we pulled some strings, moved some stuff in the budget around and then we decided to go with him.”

There will be no other artists in the lineup besides the rapper.

When asked how she felt about the decision to host Wale, senior family human services major Becca Altschul said, “I don’t know who that is.”

Although McDonald and the rest of CAB are enthusiastic about hosting popular artists and showing the Towson community a good time, McDonald expressed that she personally is “not a fan of this type of genre.”

Despite this, she feels good about other people’s responses.

“I can tell by the buzz that people on campus are definitely excited,” McDonald said.

McDonald and the rest of CAB are eager to cater to Towson’s preferences; McDonald cited a poll they sent out that resulted in Wale getting “60 percent of some 2000-odd votes.”

“[We’re] always trying to listen to what the students have to say,” she said. “We’re definitely trying to get more student input with all of this, and reaching out as much as we can to people who don’t participate on campus but would like to.”

After the unexpectedly low turnout at Fall Fest, McDonald said CAB is eager for “redemption.”

“Aside from people not liking the artist, it was also so early that people didn’t know about it,” McDonald said. “So even if people wanted to go, they didn’t have the opportunity. So hopefully people are excited and they’ll come to this one.”

CAB is excited to have more concerts and more opportunities for students to “come out and see artists and musicians and performers,” and McDonald said one of her main goals is “to get people who don’t really know about campus activities to give us their input, too.”

McDonald is optimistic about “The Concert About Nothing,” although CAB isn’t releasing the number of tickets for sale.

Junior acting major Maddie Dominiski was excited to hear the news about the artist’s appearance.

“I would love for Wale to come to Towson,” Dominiski said. “I love Wale, he’s from PG County and I’m from PG County, and he represents.”

InCAB, Campus Activities Board, Concert, the concert about nothing, wale