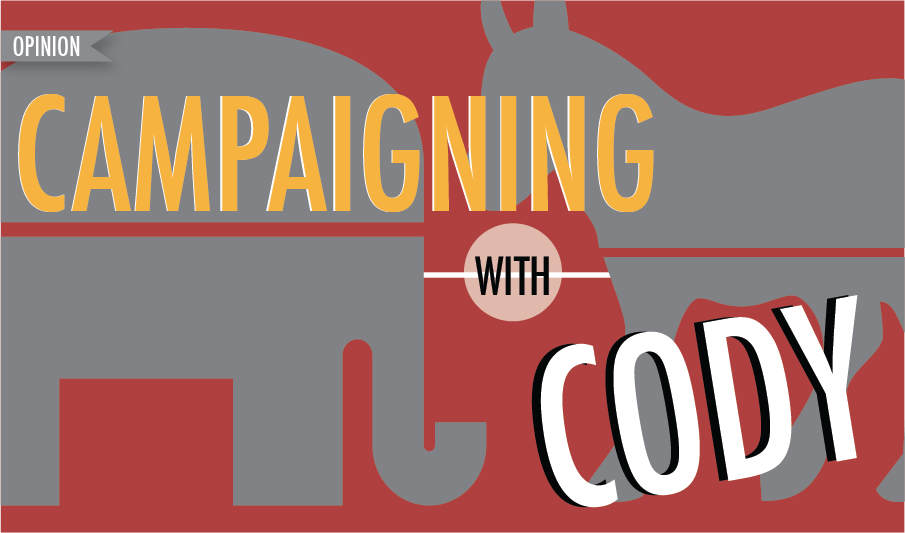 Welcome (or welcome back), Towson. In case you haven’t noticed, we’re in presidential election season – though with all the bombast that Donald Trump has been spewing I think it’d be pretty tough not to notice.

But, yes. The election cycle is in full-swing – the Republicans have already had their first debate – even though the general election is, at the time of writing (Aug. 19, 2015) 447 days away. In Maryland, the primary election isn’t even until April 26, 2016.  And yet, every day you’ll find a headline about Hillary Clinton (D) and Donald Trump (R).

The stories about the candidates over the next year will continue to explore and exploit every possible angle about every single candidate, because election cycles are great for news organizations. There’s a lot at stake, and therefore a lot of interest in even the most minute stories.

In case you’re curious (which, yes, you should be, but maybe not quite yet), there are currently five declared candidates from the Democratic Party and 17 declared candidates from the Republican Party that have been featured in five or more major independent nationwide polls. Vying for the nomination from the Democratic Party are Lincoln Chafee, former governor of Rhode Island, Hillary Clinton, former secretary of state, Martin O’Malley, former governor of Maryland, Bernie Sanders, a senator from Vermont (who has identified as an independent in the senate) and former Virginia senator Jim Webb. Vice President Joe Biden has publically expressed interest in running, but has not declared anything.

Those are, of course, not all of the candidates (the Green and Libertarian parties, for example, will have candidates as well) and more will likely join the ranks before dropping out after primary elections and caucuses start to happen. It should be noted that in Maryland, New Jersey and Delaware, primary elections are closed, and voters can only cast a ballot within the party that they are registered.

As the election cycle trudges on, coverage will continue daily, in print, online and on TV. This column, however, will be holding back until things get closer.

One thought on “A primer on the primary elections”