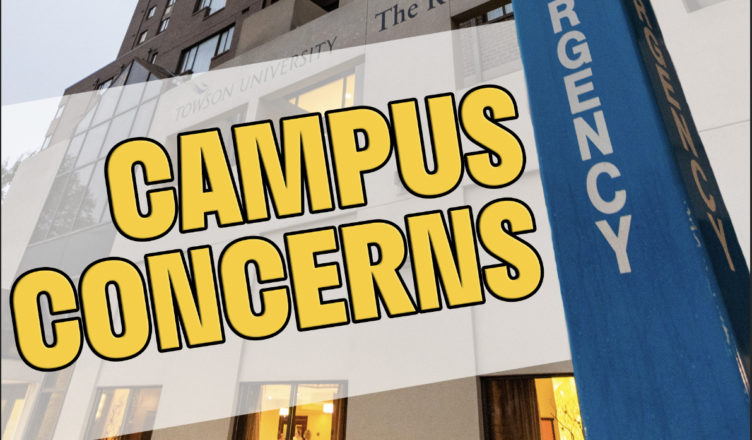 University administrators updated the community on their plans to address student concern following the Oct. 1 emergency forum where recent sexual assault and hate-bias incidents on campus were discussed.

Two days after the forum, Schatzel sent out a campus-wide email describing actions the University has taken since students raised their concerns.

“Over the past 48 hours numerous members of our university community have been consulted and conferred with—including The Office of Inclusion and Institutional Equity, Office of the Provost, TUPD, Student Affairs, Student Government Association—to ensure we have captured the concerns and calls for action that resulted from the forum,” Schatzel said in the email.

Schatzel said that “two areas of immediate and greatest priority were to increase campus security/safety and to increase University mental health resources and efforts to support student wellbeing.”

One change is increased police patrols, including foot patrols. The University has authorized seven additional positions to be added to TUPD staffing.

“The recruiting and hiring of those seven additional positions have already begun and we plan to have it completed within 45 days,” Schatzel said.

The hours for the SafeRide Shuttle will also be extended starting next week.

A blue light security pole was installed in front of the 10 West Burke Avenue residence hall on Wednesday in direct response to student concern about the lack of a blue light at this location during the Oct. 1 forum.

The University has also authorized the hiring of four additional counselors for the counseling center and “will be looking at additional staffing and other resources needs in the upcoming weeks,” according to Schatzel’s campus-wide email.

Students at the forum suggested a need for more education about sexual assault prevention, consent and bystander training for students throughout all years of college, not just at freshman orientation.

“Work on this goal has already begun and the University plans to start implementing in the spring semester,” Schatzel said.

Schaztel’s email also indicated that work has begun on improving University communications about sexual assault and other criminal events on campus and the inclusion of trigger warnings, when needed. Trigger warnings were included on an Oct. 4 TUPD timely warning email about an off-campus unarmed robbery.

Provost Melanie Perreault and the Division of Academic Affairs will be hosting a conference in January for faculty. Issues of mental health, anxiety, and the well-being of students will be the topic of the conference in response to student suggesting the need for more faculty training on these topics.

“This request and the resources needed to support it are also currently being reviewed,” Schatzel’s email read.

Following the forum, some students expressed disappointment at its timing and transparency.

“I think it was a little bit too late in terms of trying to get a large amount of people there,” said sophomore Dylan Hong, a business major. “I guess giving more time ahead would have been more beneficial.”

Sophomore Emma Roth wondered how much time the University put into the planning.

“I think it should have been widely announced, widely promoted,” she said. “I think they need to do more. I think it was put together shabbily.”

Director of Communications and Media Matt Palmer said the University is going to revisit the way students are notified of pop-ups.

“We’re planning to host more impromptu conversations around campus to listen to what our community has to say on topics as they pop-up,” Palmer said. “This idea came directly from students and we think it is a great one. We’ll continue to revisit the formats, notifications, times, locations and topics to capture as many perspectives as possible.”

Schatzel said she agrees with the community that there is an urgent need for change.

“We are committed to moving quickly and taking immediate steps on the highest priority items…” she said in the email. “Tuesday’s forum is only the beginning of our collective work to prevent such terrible events from occurring at TU and improving the quality of life here.”

Students had filed into the crowded Chesapeake Ballrooms in the Union for the forum Oct. 1 to discuss multiple recent sexual assault and hate-bias incidents.

The forum, hosted by Towson University President Kim Schatzel in collaboration with the Student Government Association, was held so “our community can come together, listen, discuss, and support each other,” according to Schatzel’s Sept. 30 campus-email inviting the TU community to the event. Schatzel’s Presidential address, originally scheduled for Thursday was postponed “to ensure my focus is there, on Tuesday and the steps that come afterward,” according to Schatzel’s campus-wide email.

Other students voiced concerns about general campus safety. Students were concerned about the lack of police presence on campus and the lack of emergency blue light TUPD phones in certain locations on campus, such as 10 West Burke Avenue, a residence hall.