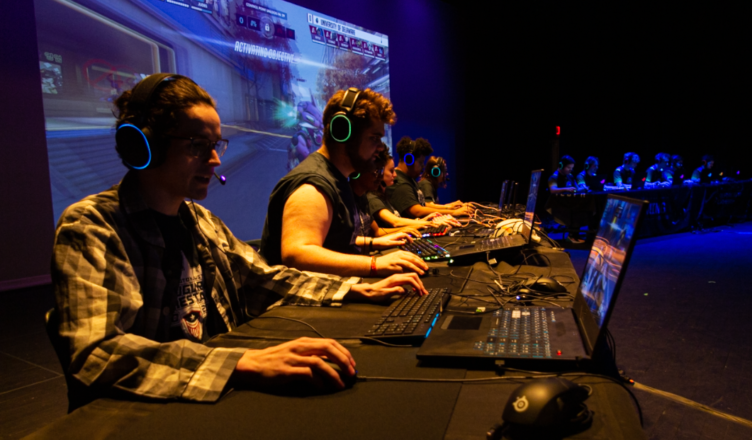 TU’s Campus Recreation has created a wide variety of Esports leagues for students during the Fall 2020 semester.

These leagues consist of video games, like FIFA, Madden, NBA 2k, Mario Kart, Super Smash Bros, and Rocket Leauge while also including brain games like Words with Friends, Battleship, Risk, and Catan. Students can compete in different games through the individual leagues.

The Esports leagues are offered as Intramural Sports for Campus Recreation is free for all students to sign up and play.

“We wanted to provide services and programming to students even if they are not on campus,” said Nathan Lawless, the Coordinator of Intramural Sports. “While some individuals are still utilizing the Campus Recreation Center in Burdick Hall, we wanted to make sure that we were providing opportunities and diverse programming to the entire TU community.”

With the help of Towson’s Esports Club, Campus Recreation was able to create multiple leagues for students to join and compete against one another.

“I run Towson Esports, which is the club where we have competitive teams that compete in collegiate tournaments across multiple games,” said Joshua Finkelstein, president of Towson Esports. “So obviously when Towson was thinking about doing Intramural Sports, they reached out to the Esports Club because I feel like that would be one of their larger targets for Esports competitions.”

The Towson Esports Rocket League team had competed in the summer Intramural Sports tournament that Campus Recreation had hosted.

“For IM Sports specifically, we looked at programming that was still similar to our in-person programming, but better suited for the virtual environment,” Lawless said. “We looked at what other Campus Recreation programs within our region were offering and used them as resources to come up with a general plan.”

Each Esport league will follow the regular Intramural Sports schedule up until Thanksgiving. Teams will have the opportunity to play in a four to six week season which will end in a single elimination bracket to determine the winner. Each team will play around four to five games during this regular season period. Their place at the end of the season will establish their bracket placement.

“The great thing about our virtual programming, and E-Sports in general, is that students can play their games whenever they would like,” said Lawless. “This allows those with busier schedules to still be able to play and schedule games during their free time. Teams just need to report the winner/score of their game to us before the end of the regular season.”

Around Thanksgiving, Campus Recreation plans to open tournaments, which would cut the season into a two-three week season instead of the regular four to six week season.