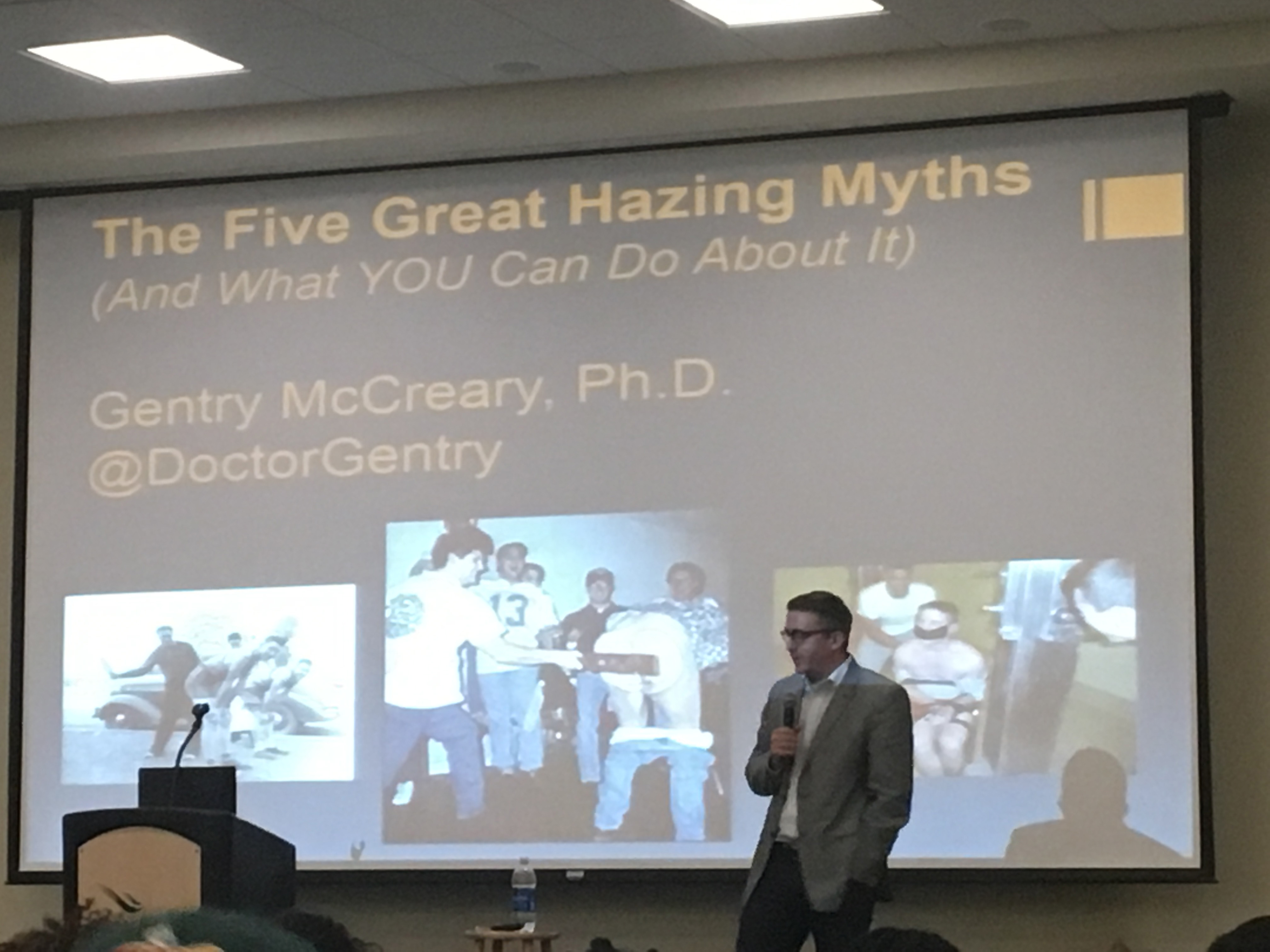 Risk Management Consultant Gentry McCreary, who works with the National Center for Higher Education, explained that hazing is more than just fraternity and sorority problem and charged students with eradicating the harmful behavior during an address in the West Village Commons Thursday night.

“You did not create this problem, but it is your responsibility to fix it,” McCreary said.

McCreary’s keynote address was part of National Hazing Prevention Week, sponsored at Towson by the Office of Fraternity and Sorority Life, Towson Athletics and Campus Recreation. The week’s purpose is to raise awareness of hazing practices and to empower students to eliminate it from campus life.

McCreary’s lecture largely centered around five identified myths about hazing. These myths include that hazing is a rogue member problem and not an institution-wide practice, that it’s not really hazing if people volunteer for it, that hazing teaches respect, that hazing builds unity and that continuing hazing means keeping up a tradition.

Through creating positive meaning for rituals, debunking myths surrounding hazing and stopping small issues before they become big ones, student leaders can create a unified, bonded chapter which is far stronger than a single bonded pledge class, he said.

Director of Fraternity and Sorority Life Matt Lenno said that his office recommends attending different on-campus events, like those planned by the Campus Activities Board or Weekends@TU, as alternative team-building activities to help members bond.

According to Towson’s hazing policy, hazing is an action “inflicted on person(s) joining a group or member(s) of a group, that… [has] the potential to create mental or physical discomfort, embarrassment, harassment or ridicule, without the individual’s consent.”

These actions can include, but are not limited to mandated consumption of substances, tasks forced on new members or abuse in any form. The hazing policy states that “the most damaging action a campus organization can take is to engage in hazing.”

The practice not only violates university policy, but is against the law in Maryland. In Maryland, hazing is a misdemeanor charge that is punishable by up to $500 in fines and six months in prison.

Two former Towson students, Evan Francis and Alexander Cantor, were charged with hazing in late July. The men are set to face trial in mid-October.

Anyone who observes or experiences hazing can report the incident to the Office of Student Conduct and Civility. Once notified, the office will investigate the incident and determine sanctions.

Eliminating hazing is a responsibility that not only belongs to group members but to bystanders as well, Lenno said.

“It is our responsibility as a campus community to take care of each other,” Lenno said. “If you see something, say something.”