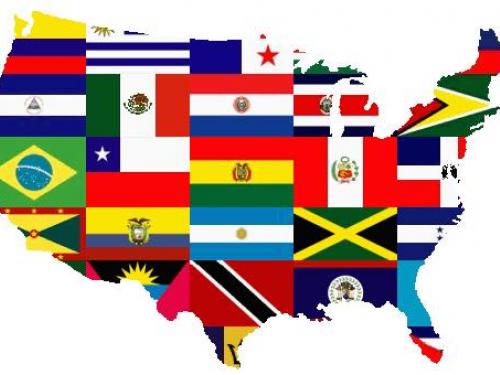 In a country as culturally diverse as the United States, having a month dedicated to the heritage of a specific ethnic group is not out of the ordinary.

National Hispanic Heritage Month is celebrated from Sept. 15 to Oct. 15 and exists to recognize the cultures, histories and contributions of those with Hispanic backgrounds in America.

The term “Hispanic” can be used to refer to anyone who comes from a Spanish-speaking origin or ancestry, regardless of race. According to Pewresearch.org, as of 2016, Hispanics make up 18 percent of the U.S. population. Of all Hispanics in America, only about 34 percent are immigrants, with the rest being born in the U.S. to parents of Hispanic descent.

Today, with the U.S. under the Trump administration, fear among the Hispanic population is widespread. Some citizens blame Hispanics for issues dealing with our country’s economic shortcomings. Although these views have led to more stereotypes about their culture, negative assumptions are nothing new to the Hispanic community. TU Dreamers member Ben Guevara, whose parents migrated from El Salvador, shared that these stereotypes had an impact on his family, even when he was a child.

“It was a very big period of time where our family had to just live in fear because of the conceptions people had about immigrants, even back then,” Guevara said. “Especially what you hear nowadays. It’s all the old, tired, and even racist at times misconceptions like ‘all immigrants come here illegally,’ or ‘they just take everyone’s jobs.’ Those are the main ones that have caused my family and a lot of others in my community a very hard time.”

Jake Bizzarri, a non-Hispanic transfer student at Towson, gave his perspective on the matter. He believes that because Hispanic culture plays such a big role in the United States. To Bizarri, it’s fitting to give them the appreciation they deserve.

“This month represents the idea that they’re here and they belong with us, because they’re still our people,” Bizzarri said.

“It is important because people have one perspective of Hispanic culture,” Garcia said. “Being able to dedicate a month shows that there’s more than what meets the eye.”

Florencia Castelblanco, a Towson junior and LASO member spoke on how such an experience is hard to put into one solid description.

“It varies because Latinx culture is very diverse,” Castelblanco said. “Being white passing makes my experience different from other, darker skinned Latinos.”

Mario Galicia, a member of TU Dreamers, had a lot to say on this matter as well.

“There was a time when I was actually embarrassed to be Latino because we were always portrayed as vulgar people who are dumb and don’t have money,”Galacia said. “You get treated differently when you have an accent. My mom is white, light-skinned; it isn’t until she starts speaking that people look at her and label her, in a bad way.”

“Now as I grow up, I see things differently, Galacia added.  “I respect people who immigrated here to get the best for their children, who came here for the American Dream, which unfortunately doesn’t really exist. This month is important because they deserve it, we deserve it.”