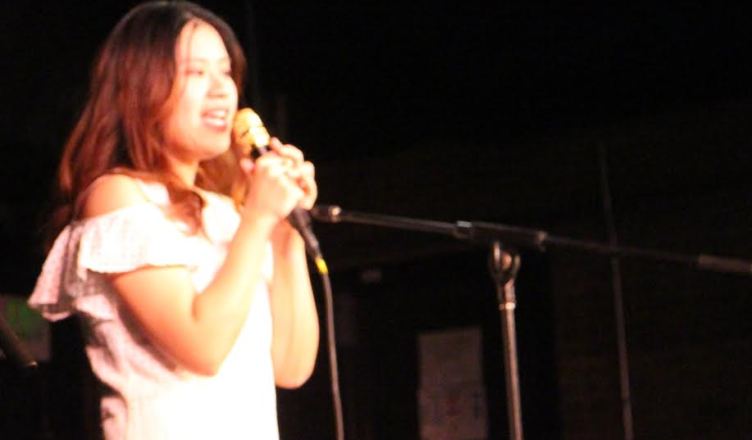 A crowd of well over 100 students stood watching and waiting, abuzz with curiosity, in Paws Café last Friday, Nov. 18, as a multitude of different cultures came to life onstage.

Student Jiali Chen performed a Chinese song entitled “Lost Desert,” a slow and sentimental song that carried across the entire room by her enchanting voice, to kick off the International Café, a showcase of talent and traditions from across the globe.

“I wanted to provide an atmosphere among the crowd,” Chen said. “The music is really sentimental and I wanted the crowd to join me in that atmosphere. I wanted them to enjoy it.”

The International Café featured 18 different performances from various cultures, including Chinese and Latin American. Halfway through the show, everyone was treated to a selection of international foods.

The main objective for the show was to expose students to different cultures, allow them to see what’s different than them and ignite interest in learning and getting involved with diversity in the community.

The International Student Association has sponsored and hosted the event every year for seven or eight years, ever since the group was founded. It’s their signature event.

Joshua Machicado and Jose Janampa performed a Bolivian fight dance called Tinku. It was a very colorful and strong dance that left the crowd amazed.

“This event is a great opportunity to show our culture and its values and meaning,” Machicado said. “It is a celebration of unity. It’s not like there’s only one way to fight out of anger but to celebrate meeting one another.”

Sophomore Lauren Goodwin, who attended the International Café to see two of her friends perform., said that she appreciates that events like these help spread acceptance and knowledge of other lifestyles.

“It’s good because it gives exposure to people who don’t already know about these things,” Goodwin said.

Other acts included choreography from the  Chalak dance team, which represented Indian culture, and a K-Pop dance performance by the Korean Culture Club, as well as pieces from the Pasion Latin dance team, TU’s Ballroom Dance Club and an improv performance by ImprompTU.

“It’s a great way to create responsibility and facilitate meetings to open someone’s mind,” Sanders said. “They can learn about all of the cultures on campus and walk away interested in getting involved in things like ISA or Study Abroad.”